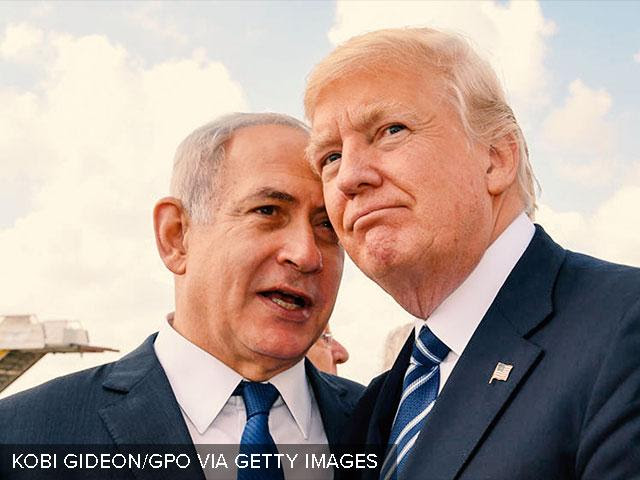 US to Convert Jerusalem Consulate into Embassy by End of 2019
Jan. 19, 2018 - CBN News Tzippe Barrow
JERUSALEM, Israel – A day after media speculation over seemingly divergent statements on the timing of the US Embassy move to Jerusalem, US media reported it would take place by the end of 2019.
On Wednesday, Israeli Prime Minister Benjamin Netanyahu told reporters in India the move would take place "much faster than people think, within a year from today."
Hours later, Trump seemingly rebuffed the possibility in an interview with Reuters.
"By the end of the year?" Trump said when asked about it. "We're talking about different scenarios — I mean obviously that would be on a temporary basis. We're not really looking at that. That's no."
The divergent statements sparked Israeli media criticism of Netanyahu, but he wasn't buying it, insisting that Israel and the US were tracking together on the timing of the move. There were reports that the US was considering "interim measures" for now.
By week's end, the Wall Street Journal and the New York Times both reported the move will take place by the end of the following year.
According to the reports, the Trump administration will begin converting the US consular building in Jerusalem's Arnona neighborhood to the new embassy to be ready about two years after President Trump's official recognition December 6, 2017, of Jerusalem as the capital of Israel.
The announcement created a huge backlash and a UN Security Council resolution rejecting the decision.
On Friday's 700 Club, CBN's Gordon Robertson referred to USAID helping Palestinians. Here's a link for more information about that aid. And here's a link to the US Consulate in Jerusalem which will be converted into the embassy.
Posted by Love For His People ministry at 9:49 AM