'Conservative Christians Seen as Obstacle to Progress': Is Totalitarianism Coming to America?

Violence in our streets combined with a shifting culture. Do these signs indicate an America heading toward totalitarianism?

While it seems unthinkable, 2020 has proved that almost anything is possible. Can we stop it?

When many of us think about totalitarianism, George Orwell's 1984 or the former Soviet Union often come to mind.  Government inflicts terror and suffering on its people to force them to conform. The senior editor of The American Conservative contends America is fast becoming what he calls, a "soft" totalitarian state. 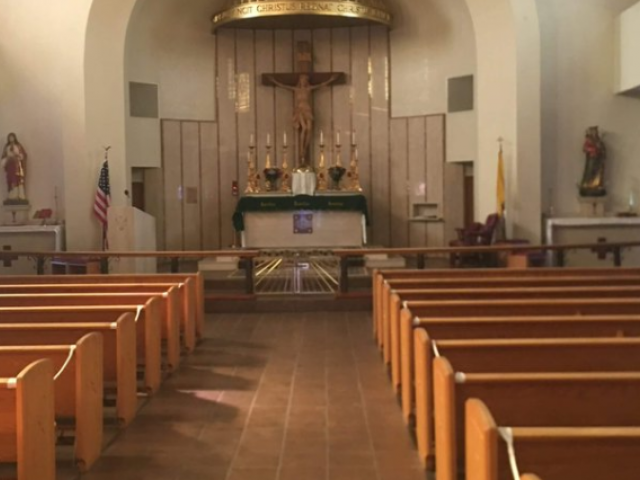 'We Answer to a Higher Power': 2 More CA Churches Fined for Gathering, Ordered to Stop Singing

Rod Dreher's premise is featured in the new book, Live not by Lies: a Manual for Christian Dissidents.

"Ours is going to be a more soft version where they use the infliction of economic pain and marginalization and shaming to force Christians out of the public square and to compel us to conform with left-wing ideology and the fact that it's soft doesn't mean it is any less totalitarian," Dreher said.

Just after World War Two, German-born philosopher, Hannah Arendt wrote that loneliness and social alienation had been the major precursors to the rise of totalitarianism – both in Nazi Germany and in Bolshevik Russia.

"It has made them desperate for something to solve their problem of alienation and their anxiety," he explained.  "I think this is opening them up to the acceptance of a false idol that will be totalitarian that will tell them, 'We can take care of all your problems, we can fix it if you will only say yes to us.' That's what happened in Russia and that's what happened in Germany and that's what's coming here."

And those who advocate Judeo-Christian values and reject the lies of the new American leftist state will be marginalized and singled out for persecution.

Alienated and stressed over COVID-19 restrictions, American youth are readily taking to the streets to demand social change. A radical doctrine called critical race theory is inflaming their frustrations.

Anne Hendershott is Director of the Veritas Center for Ethics in Public Life at the Franciscan University of Steubenville. She is the author of the new book, The Politics of Envy.

"I see a huge increase in [the] rhetoric surrounding envy, encouraging envy and I think it's pretty evil," she explained. "I think your listeners, Christians, know it's a serious sin. Envy is one of the seven deadly sins."

"When you hear a politician like Mayor de Blasio in New York City say there's plenty of money in New York City, it's just in the wrong hands he's implying that's your money that they have and we need to take it back," Hendershott explained.

"All Christians ought to be against racism. We are, but Critical Race Theory is something very different. It draws a line between good and evil between the races and alienates the races and turns us against each other when we ought to be standing together," Dreher insisted.

And instead of resorting to harsh tactics to control people, Dreher sees this future US government taking a softer, less violent approach.

"We are going to see something develop in this country like the Chinese have today – the social credits system where they monitor everything the Chinese citizens do, they get all the data from their computers, from the internet and so forth and they assign them a rating," he explained. "The more socially positive you are, from a communist point of view, the higher your rating, the more your privileges."

Attending church would lower your social credit score and a lower rating means fewer privileges like sending your child to college.

Dreher feels it doesn't matter who is elected president because neither Biden nor Trump will be able to reverse the course. He believes we are living through the birth pangs of a cultural revolution.

By building networks among churches to endure persecution.

"Hope for the best, but we also have to remember ours is a religion of martyrdom. Those who suffered and even died for the faith, they received a crown of glory," Dreher explained. "That may well be our calling and we need to accept that as believers."

Who is Jesus? Is he really God’s Son? And what does Jesus have to do with Heaven? Your questions are answered here.

Learn why Truth Matters at CBN News.
Posted by Love For His People ministry at 3:18 PM