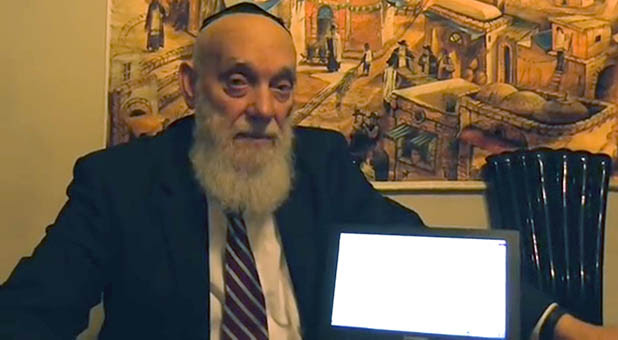 In two separate sets of Bible codes, published three months apart, international Bible codes expert Rabbi Matityahu Glazerson shows evidence he has found that declares Donald J. Trump will win next week's presidential election.
Trump's victory, Glazerson said, is directly connected to his support for Israel.
The first table was published in July, the second just last week. He found "Donald" in Hebrew next to the Hebrew word for president. He also found a abbreviation for the Hebrew words for United States.
Glazerson also found codes that point to both Nov. 8 and Nov. 9, the date of the election and the first day Trump would be president-elect, if he wins. The rabbi quotes the Book of Isaiah and the story of Cyrus, which has been frequently referenced by evangelical faith leaders who have supported the Republican presidential nominee.
The codes also reference the Hebrew words for "chosen" or "elected" and "love for Israel." Trump has made it clear he has a deep love for Israel and would protect it, if elected next week.
Glazerson also found a connection between Trump and the word "moshiach" (messiah), which in Hebrew means "anointed," saying his election would be connected to the arrival of Messiah. Many Christians have felt the day of the Second Coming is fast approaching, and the rabbi's findings may be further evidence.
The first set of codes (above) were found in the Book of Deuteronomy. The second, identical, set (below) were found in the Book of Numbers.

3 Reasons Why you should read Life in the Spirit. 1) Get to know the Holy Spirit. 2) Learn to enter God's presence 3) Hear God's voice clearly! Go deeper!
Has God called you to be a leader? Ministry Today magazine is the source that Christian leaders who want to serve with passion and purpose turn to. Subscribe now and receive a free leadership book.
Posted by Love For His People ministry at 6:55 AM