Believers, get ready to embrace the fire. (Lightstock )

10/31/2015 LANA VAWSER  charisma news
As these angelic hosts were flying toward the people of God and they were singing with the Spirit. They were singing, "It is time for overflow; it is time for glorious overflow."
As they flew, I saw they were holding huge buckets and in these buckets was the most glorious fire I have ever seen. Yet the fire was self-sustaining and the buckets remained untouched. They were carrying the fire of God to the earth. There was such life in this fire, just looking at it I felt completely undone by His love and presence. I was filled with the fear of God in such an intense way. A reverent awe of His nature and holiness covered me.
These angelic hosts were moving swiftly on the winds (Heb. 1:7) toward the people of God. As they arrived before those who were crying out to Him for more of Him, tears falling, I saw these angelic hosts begin to tip the buckets and the fire of God began to fall. The fire of God and the winds of the Spirit moved in total beautiful unison. The people of God fell on their face in reverent awe of Him. A new wave of the fear of God was being released like a river through the body of Christ as the people of God met that revelation as Moses did, that they were on holy ground.
All the "wrong places" (exposing of issues and sins of the heart, strongholds, oppression, lies) began to be burnt away in the fire of His love. An intense heart purification took place, and the wind of the Spirit brought a refreshing and greater empowerment into the lives of God's people.
Suddenly I heard the Lord speak and the angelic hosts echoed what He spoke. "Now let the right places be ignited." Suddenly, hunger and love for Him exploded. Giftings were set on fire with increase and prayers and promises of His heart that looked like dry bones suddenly came to life.
His words boomed: "Step into the rhythm of overflow." He was leading His people deeper into the realms of living in the overflow of abundant life, of sensitivity and response to His Spirit and a place of richness in intimacy with Him in new depths.
As the people of God stepped into this rhythm of overflow, they began to move in the power of the Spirit in their lives on a grander scale. I then saw flames of fire being released from heaven that came and rested in their hearts and above them. Those who stepped in received greater impartation of carrying His fire for revival. It was an awakening to the truth that they are revival, and wherever they go, the fire of God is within and upon them to be released and see revival break out.
The positioning of our hearts and lives is at a critical point in the body of Christ right now. The encounters with the fire of God are and will be on a scale we have never experienced before.
Embrace the fire! Allow anything not built on Him and in Him, anything that's not aligned with all He has for you and how He sees you, to be burnt away in the fire of His love. A deeper purification process is taking place, a greater extension, leading you deeper into realms of freedom and the fear of the Lord. Get ready to shake in reverent awe like never before as the glorious fire of His love consumes and releases.
All the wrong places are being burnt away and all the right places ignited. Get ready for an impartation of His fire that meets the hunger in your heart, releasing you into new, radical depths of love and lovesick abandonment to Him that will usher you into the greatest breakthrough of your life. You will be used by Him in a whole new way in the greatest outpouring of the Spirit that we have yet seen on planet earth.
Get ready to burn. An army of burning lovers is arising.

Lana Vawser has a heart to encourage the body of Christ and individuals in their walks with Jesus, to have deeper intimacy with Him and to learn to hear His voice. She operates in the prophetic and loves to share the heart of God with others. Lana has written her first book, titled Desperately Deep—Developing Deep Devotion and Dialogue With Jesus, and loves to see others grow in all that God has for them.
For a limited time, we are extending our celebration of the 40th anniversary of Charisma. As a special offer, you can get 40 issues of Charisma magazine for only $40!
NEW - Life in the Spirit is your Spirit-filled teaching guide. Encounter the Holy Spirit, hear God speak to you, and enjoy timeless teachings on love, mercy and forgiveness.LEARN MORE!

Posted by Love For His People ministry at 9:43 PM No comments:

Coming to Faith in Muslim 'Palestine'

Friday, October 30, 2015 |  Ryan Jones  ISRAEL TODAY
When I first met Mohammed at the Israel Today offices in Jerusalem, he seemed apprehensive about sharing his faith despite assurances we would not reveal his real name.
The full article appears in the November 2015 issue of Israel Today Magazine.CLICK HERE to read it all
Want more news from Israel?Click Here to sign up for our FREE daily email updates FROM ISRAEL TODAY.

Posted by Love For His People ministry at 9:27 PM No comments: 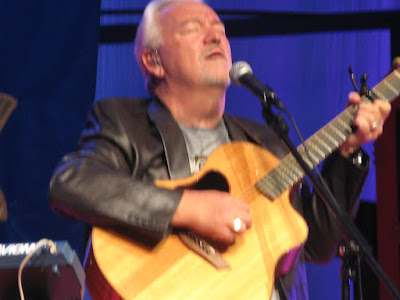 Álbum YOUR GREAT NAME - Paul Wilbur
Posted by Love For His People ministry at 7:34 AM No comments: