11/2/2016 BOB ESCHLIMAN  CHARISMA NEWS
Not only are women of faith are voting, a good many of them are voting for Republican presidential nominee Donald Trump, despite what the liberal mainstream media might have you believe.
That's the message a group of Spirit-led women were sharing from Trump Tower in Manhattan Wednesday morning.
The group, led by conservative Christian political operative Pam Pryor, a former spokeswoman for former Alaska Gov. Sarah Palin who now serves as the GOP nominee's Christian outreach director. She was joined by:
They were also joined by Chonda Pierce, a Christian comedienne who is known as "The Queen of Clean," who recorded a statement to be played during the event. She has been devoting up to 15 minutes of her routine to the 2016 presidential election lately, and recently made a number of social media posts about the need to elect Trump.
The women were slated to participate in a Facebook Live video posted to Trump's official Facebook page. Their goal is to counter the liberal mainstream media's theme that women—particularly women of faith—refuse to vote for Trump.
"It's based on the idea that three evangelical women—each with her own story—can respond directly to this theme of division," Pryor said. "As Christians, we understand this election is binary, and there's only one logical vote when we're talking about the Supreme Court, religious liberty, and the defense of Israel."

3 Reasons Why you should read Life in the Spirit. 1) Get to know the Holy Spirit. 2) Learn to enter God's presence 3) Hear God's voice clearly! Go deeper!
Has God called you to be a leader? Ministry Today magazine is the source that Christian leaders who want to serve with passion and purpose turn to. Subscribe now and receive a free leadership book.
Posted by Love For His People ministry at 2:34 PM

Donate to Love For His People Ministry 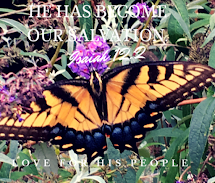 - as we continue supporting Israel and Messianic Jews. 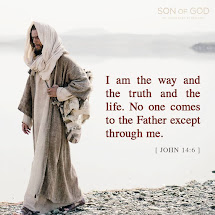