Israel vs. The World: It's a Lonely Position - BRIAN SANDERS CHARISMA NEWS 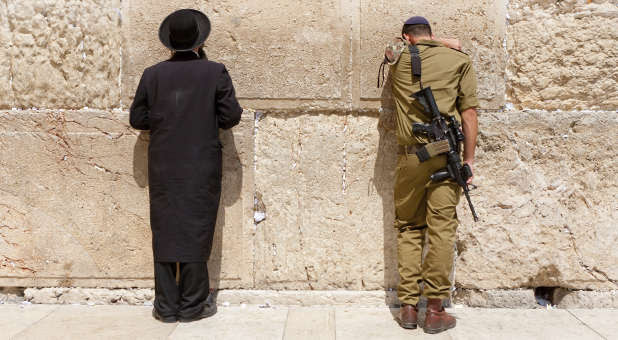 Israel vs. The World: It's a Lonely Position

From the headline of this article, you would think it was a bout for the Super Heavyweight Championship of the World, or at least a made-for-TV special the whole planet would be tuning in to see.
On the contrary, it's more like a reality for this small nation comparable in size to New Jersey. From its earliest existence, Israel has constantly had to defend itself in a David-versus-Goliath-type battle for the simple right to exist.
One might think in our 21st-century world, the Jewish state would have been accepted by now, after decades of movements for national determination have swelled the ranks of nations to more than 200.
Welcome to Israel's world.
From the days of Moses to the War of Independence in 1948 to modern-day threats from Iran and Islamist movements to wipe Israel off the map, along with a hate campaign called the BDS (Boycott, Divestment and Sanctions) movement, the headline of this article is all too real for Israel and its supporters.
As if that weren't enough, UNESCO (United Nations Educational Scientific Cultural Organization) recently moved to ignore the reality of Jewish history on the Temple Mount, holy to Jews and Christians around the world. It's almost unthinkable.
It is a place etched in Christian and Jewish history where Abraham offered Isaac up to God for a sacrifice and where Satan tempted Jesus. I know I wasn't the only one shaking my head in disbelief upon hearing it.
As Israeli Prime Minister Benjamin Netanyahu declared, "That's like saying the pyramids never belonged to the Egyptians and the Great Wall was never China's." I can only imagine the reaction of the religious leaders back in Jesus' day tearing their clothes over the blasphemy they just heard.
Preposterous, one might say. Nevertheless, this is standard practice at UNESCO and other bodies within the United Nations. It's been a common ideology of U.N. councils and committees for some time now concerning the stance toward Israel.
Their actions are truly louder than their words.
As believers in Yeshua (Jesus), we cannot idly sit and be silent. Nor can the United States, Israel's greatest friend, as well as their other allies watch and do nothing. Now more than ever, Israel needs her "friends" to have her back.
Anti-Semitism is being re-birthed and branded in all kinds of forms these days. It's not a matter of what's next but how we can combat it together:
God's covenant with Israel is eternal, non-debatable and certainly unconditional. As believers, who wouldn't want to stand with that?

Brian Sanders is the CEO and executive producer for the Why Stand With Israeldocumentary. For more info on the upcoming documentary and ways you can partner, go to whystandwithisrael.com. Also check out the Why Stand With Israel Facebook page for weekly updates and news on the film's release date. For media bookings, email Brian at brian@whystandwithisrael.com. Brian is also the president and executive producer of HOPE Media, LLC, and an award-winning international broadcast-video producer/cinematographer after God's heart.
3 Reasons Why you should read Life in the Spirit. 1) Get to know the Holy Spirit. 2) Learn to enter God's presence 3) Hear God's voice clearly! Go deeper!
Has God called you to be a leader? Ministry Today magazine is the source that Christian leaders who want to serve with passion and purpose turn to. Subscribe now and receive a free leadership book.
Did you enjoy this blog? Click here to receive it by email.
Posted by Love For His People ministry at 6:47 AM