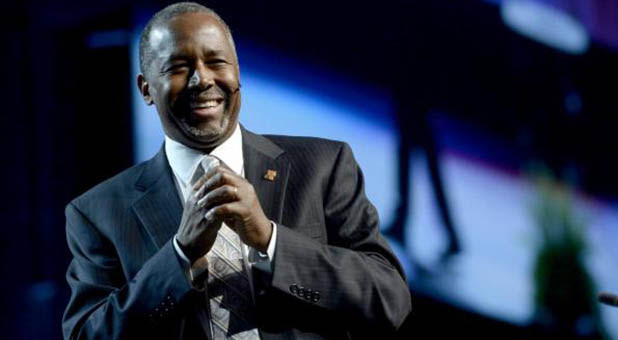 11/21/2016 BOB ESCHLIMAN  CHARISMA NEWS
During an interview with FOX News Channel over the weekend, Dr. Ben Carson appeared to backtrack on his decision not to serve in the Trump administration, but to rather counsel President-elect Donald Trump as a Washington, D.C., outsider.
He told "The FOX Report" if, after meeting, the Presidential Transition Team decided to offer him a position in the government, he wouldn't turn it down. The retired neurosurgeon later retweeted a CNN reporter's "Breaking News" tweet about the statement.
Much of Carson's interview, however, was focused on his desire to see a change in the way the American media conducts itself. He called on the liberal mainstream media to hold a "national summit" to discuss how to provide more responsible coverage.
"[T]he media is the only business that is protected by our Constitution," he said. "They are supposed to be on the side of the people, they are not supposed to be distorting the information that they give in order to put forth a particular view point or an ideology and that is what they are doing."
Carson said the summit should focus on coming up with some rules they would agree to abide by, and that those rules would then be made public. Most journalists no longer know the rules anymore, he added, which is why "they act the way they do."
He said this is a message he's already been conveying with young journalists he meets, and he would be more than happy to serve as a moderator for the summit.
Meanwhile, his longtime friend and confidant, Armstrong Williams, wrote about the speculation surrounding whether or not Carson would serve in the Trump administration in an opinion piece written for WorldNetDaily. In it, he wrote:
Running an agency of the government is a management challenge that requires incredible organizational skills and expertise. The president entrusts his Cabinet officials with enormous responsibility and looks to them to master the details and muster the men and women who work within their agencies to accomplish the objectives at hand.
I have no doubt that Dr. Carson would have met and exceeded any challenge set before him and done a fantastic job. However, it's important to keep in mind that you can hire management, but not vision. It's a unique attribute that people either possess or not.

3 Reasons Why you should read Life in the Spirit. 1) Get to know the Holy Spirit. 2) Learn to enter God's presence 3) Hear God's voice clearly! Go deeper!
Has God called you to be a leader? Ministry Today magazine is the source that Christian leaders who want to serve with passion and purpose turn to. Subscribe now and receive a free leadership book.
Posted by Love For His People ministry at 2:04 PM