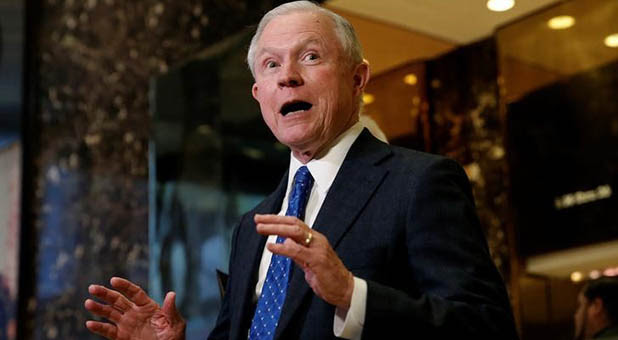 11/18/2016 BOB ESCHLIMAN  CHARISMA NEWS
Shortly after the official announcement that U.S. Sen. Jeff Sessions (R-Ala.) had been offered and accepted the nomination to be attorney general in the Trump administration, Operation Rescue President Troy Newman offered his congratulations.
"We could not be happier about the selection of Sen. Jeff Sessions as the next Attorney General," he said. "I have worked on projects with Sen. Sessions in the past and know him to be an experienced prosecutor and a principled pro-life advocate with a reputation for honesty."
And then he offered even more.
In an additional press release, Planned Parenthood pledged its assistance to the Department of Justice in prosecuting crimes committed by the abortionists. This "multitude of felonies committed over the past several years under the protection of the Obama administration" includes:
"Planned Parenthood's days of running amok over the laws of the land are nearly over," Newman said. "A new sheriff is coming to town and the era of old corrupt politicians who have shielded Planned Parenthood from the consequences of their illegal behavior is about to come to an end. Our message to Planned Parenthood today is: You are no longer above the law."

3 Reasons Why you should read Life in the Spirit. 1) Get to know the Holy Spirit. 2) Learn to enter God's presence 3) Hear God's voice clearly! Go deeper!
Has God called you to be a leader? Ministry Today magazine is the source that Christian leaders who want to serve with passion and purpose turn to. Subscribe now and receive a free leadership book.
Posted by Love For His People ministry at 8:06 AM