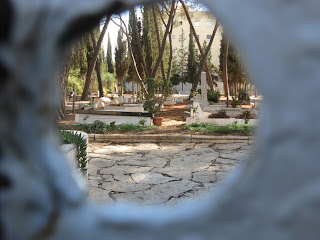 Derek & Ruth Prince, residents of Jerusalem for over 20 years, are buried in this German Colony district of Jerusalem.

Lydia Prince is also buried here. She was Derek's first wife, who died about five years before Derek married Ruth. Lydia and Derek had adopted nine Jewish/Arabic/African kids. Lydia had adopted and raised raised eight of them as a single woman. Her incredible book, "Appointment In Jerusalem", tells the story.

I am most appreciative of having had the opportunity to work on staff at their ministry - first from 1987-1990 in Fort Lauderdale, Fl., and then again at the Charlotte, NC location, from 2001-2005. The ministry had already relocated to Charlotte, in 1994. 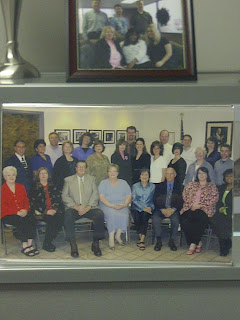 The 2006 Vision for Israel staff, where I served as USA Director, is also in the photo above. These two framed photos, of both ministries, are on the top shelf of my current office in uptown Charlotte, NC.

As the Director of Operations and Finance at Derek Prince Ministries, I served with David Selby (Intl. Executive Director), Jack Alongi (Director of Donor Relations), Peter Wyns (USA Outreach Director) and Derek Wesley Selby, (Director of Communications.) Another 22 staff members assisted us in these departments.

For more information on Derek Prince Ministries, please click on the name below.

My son Ben Martin (who also worked at DPM for many years) and I are now part of Love For His People, Inc., founded by my wife Laurie and myself in 2010.

Also in 2010, Ben and I initiated this new ministry's annual Ahava Adventures service trip to Israel, when I was able to take the above photo of Derek's burial location through the front gate. (It is a gated cemetery, and wasn't open on that Saturday morning. Shabbat in Jerusalem is highly respected.)


As a side note, I had been inside the gated cemetery where Derek is buried on two previous occasions. Once with Mahesh Chavda Ministries, when I was the Administrator for 14 years, from 1987-2000, and again on tour with Christian Friends of Israel (CFI), as a board member, on several "Meet and Greet" trips. 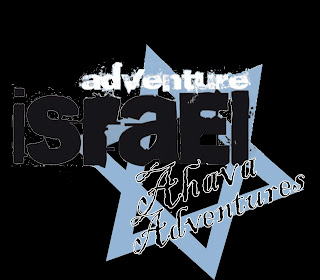 Come join us on our next Ahava Adventure!

(Use the search box for "Ahava Adventure"
on this blog site for current information.)

In addition to this Blog website, Love For His People has another site, with info on our complete work in support of Israel and our friends who live there.

Love For His People

Posted by Love For His People ministry at 8:33 AM