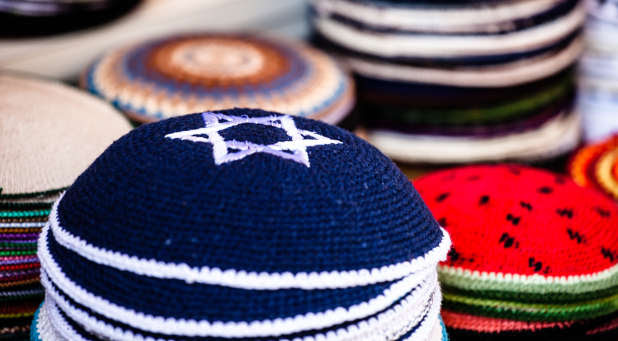 5/26/2016 SAM NADLER  charisma news
Though the words "Messiah" and "Christ," as well as the adjectives "Messianic" and "Christian," are technically equivalent, they have acquired additional cultural connotations over the years. Unfortunately, they are often misunderstood.
Many people do not realize that the word Messiah has the same meaning as the word Christ. The Hebrew word Mashiach, which means "Anointed One," is transliterated into English as Messiah. When Mashiach is translated into Greek, the word is Christos, which is then transliterated into English as Christ.
To many, Christ is the central person of the Christian faith, but Messiah is the hope of the Jewish people. The same applies to the label "Christian." Generally, to Jewish people, the word Christian means non-Jew. Therefore, when a Jewish person becomes a believer in Yeshua, calling him or her a Christian indicates to the Jewish community that this person has deserted the Jewish people and "joined the Gentiles."
In order to prevent any misunderstanding of our faith by the Jewish community, we (Jewish believers) and those in fellowship with us have come to use the term "Messianic believer" to describe ourselves. Jewish believers are still Jewish, because Yeshua is the Jewish Messiah as well as Savior of the world.
When a Jewish person comes to faith in Yeshua and retains his or her Jewish identity, this serves as a strong testimony to the unbelieving Jewish community. For if Yeshua is the true Jewish Messiah, then a Jewish person who places faith in Him has made the most Jewish act of faith that he or she could ever make!
Why do I focus on Yeshua being the Jewish Messiah? Because the Word of God does. From the very first words of Matthew's account, the New Covenant declares Yeshua to be the Jewish Messiah: "The book of the genealogy of Jesus Christ, the Son of David, the son of Abraham" (Matt. 1:1).
As the Good News according to Matthew was written for a Jewish audience, the Good News according to John was written for a Gentile audience. However, even when John (Yochanan in Hebrew) wrote to Gentiles, he presented Yeshua for who He is: the long-awaited Jewish Messiah. Notice the terms John uses in John 1:29-49 (ESV, emphasis added):
"'Behold the Lamb of God who takes away the sin of the world!... They [the disciples] said to him, `Rabbi...We have found the Messiah... We have found him about whomMoses in the Law and also the prophets wrote, Yeshua from Nazareth... Rabbi, you are the Son of God! You are the King of Israel!'"
When John wrote to the Gentile world about the essential need for faith in Yeshua, he dared not separate Messiah from His biblical and Jewish roots. Though his Gospel account would declare Yeshua to be the Savior of the world (John 4:42), Yeshua's credentials for being the world's Savior rely upon His being Israel's true Messiah.
If Yeshua is not the rightful Jewish Messiah, He has no authority to be anyone's savior, let alone the savior of the world. To separate Him from His Jewish roots is to separate Messiah from His legitimate, eternal authority and ministry.
It is true that at this present time, the majority of believers in Yeshua are non-Jews. However, this does not change the fact that Yeshua is still the true Jewish Messiah and that faith in Him does not and cannot make Jews into Gentiles.
Consider this illustration from my book, Messianic Discipleship, which expounds on the misunderstandings many have about Jewish believers in Messiah:
There was once a Jewish restaurant (the Bible), which served excellent food (Yeshua, the "bread of life" [John 6:35]). Though this restaurant was Jewish, it was located in a mostly Gentile neighborhood (the world). Now, if this restaurant served such great food that many Gentiles became patrons, would it make the food non-Jewish? Of course not! Jews could still eat there and enjoy the "home cooking."
If those same Gentile patrons enjoyed the food so much that they took some home in their own non-Jewish containers (so that everyone mistakenly thought that the food had come from a non-Jewish restaurant), this still wouldn't change the fact that the food and the restaurant were Jewish. It would be ridiculous to think that Jews who ate in the restaurant would stop being Jewish simply because they ate with Gentiles.
The irony of these questions is this: Quite a while ago, some of the Jewish patrons of the restaurant thought that the Gentile patrons had to become Jewish in order to eat there! This matter turned into a real controversy for the Jewish restaurant. It escalated to the point that all the original Jewish patrons ended up coming together to discuss the issue. At this meeting, it was finally decided that "Gentiles that eat Jewish food don't become Jewish, they simply become fulfilled Gentiles!" (To read of the actual controversy and decision, see Acts 15.)
Shimon, an Israeli believer, met with me shortly after he had come to faith in Messiah Yeshua. He was curious about this "Jewish identity" issue. Since he only wanted to glorify Jesus and not put any trust in the flesh, this Jewish issue seemed to him to be no more than fleshly pride. However, after studying the Scriptures together, he realized that it was no more prideful to be identified as a Jewish believer than to be seen as a male believer; these are simply the facts of the matter.
In fact, according to Scripture, to identify as a Jewish believer in Messiah is a matter of testifying of God's faithfulness to His promises, even as Paul did in Romans 11:1-2. Since then, Shimon has matured as a Messianic Jewish believer, and though he still wants to be careful that he puts no trust in his flesh, he is also bold to declare, "Am Yisrael Chai BaShem Yeshua HaMashiach!" That is, "The People of Israel live in the name of Yeshua the Messiah!"

Dr. Sam Nadler is a Jewish believer in Jesus who has been in Messianic ministry for over 40 years.  Sam is the president of Word of Messiah Ministries, which is bringing the good news—to the Jew first but not to the Jew only—and planting Messianic Congregations in Jewish communities worldwide. To encourage and equip the body of Messiah, Sam is invited to speak in churches across the country and has written multiple books on Jewish evangelism, discipleship and the feasts of Israel. For more information and resources, or to invite Sam to speak at your church, visit www.wordofmessiah.org.
Draw closer to God. Experience the presence of the Holy Spirit every month as you read Charisma magazine. Sign up now to get Charisma for as low as $1 per issue.
Has God called you to be a leader? Ministry Today magazine is the source that Christian leaders who want to serve with passion and purpose turn to. Subscribe now and receive a free leadership book.
Did you enjoy this blog? Click here to receive it by email.

Posted by Love For His People ministry at 6:36 AM