'Israel capable of striking Iran alone' (Just Do It!)

Iran
A senior Israeli diplomatic official told Army Radio on Tuesday that the Jewish state is perfectly capable of striking Iran's nuclear facilities on its own, should America fail to join such a mission.
Speaking on condition of anonymity, the official said that the Israeli government very much doubts the Obama Administration's seriousness about preventing Iran from attaining nuclear weapons at all costs.
Washington's weak and ineffective approach to the crisis in Syria, not to mention its utter failure to react when clear red lines were crossed, has created the feeling that the current American government would never take the step of going to war to keep the Islamic Republic from going nuclear.
Quite to the contrary, Israel believes US President Barack Obama is going to use the election of new Iranian President Hassan Rouhani as an excuse to loosen sanctions, make concessions and downgrade the situation, even as Iran continues to race toward an atomic bomb.
Israeli leaders have repeatedly warned that while Rouhani is far more tactful than his predecessor, Mahmoud Ahmadinejad, he remains the servant of Iran's supreme leader and has long been a key proponent of Iran's nuclear program.
Posted by Love For His People ministry at 1:19 PM No comments: Links to this post

Don't think their agenda has changed. Not for one minute.

Iran
Former Iranian President Mahmoud Ahmadinejad might be famous forwanting to kill Jews, but his predecessor, the allegedly "moderate" Hassan Rohani, has apparently actually done so.
An American newspaper this week pointed out that a 2006 indictment by the government in Argentina had listed Rohani as one of the co-conspirators in the 1994 bombing of a Jewish community center in Buenos Aires.
The attack, which killed 85 people and wounded hundreds more, was, according to Argentina, carried out by Hezbollah, but was ordered from Tehran.
The Argentine government investigator stated that the attack was planned and given a green light by Iran's Supreme National Security Council, which is headed by Supreme Leader Ayatollah Ali Khameini.
A former Iranian intelligence official testified in the case that Rohani was also a member of that council, as was former Iranian President Ali Akbar Hashemi Rafsanjani, himself hailed throughout the West as a "moderate."
As Israelis have been pointing out since his election last week, Rohani might have more tact and style than Ahmadinejad, but he hates Israel every bit as much. 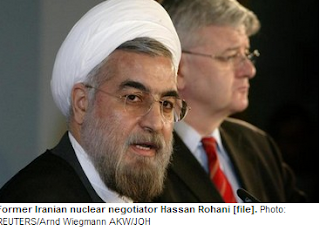 Posted by Love For His People ministry at 7:07 AM No comments: Links to this post

Shriki and her husband Yitzhak of Rishon Lezion were among 154 Israelis who had flown to Bulgaria on vacation. 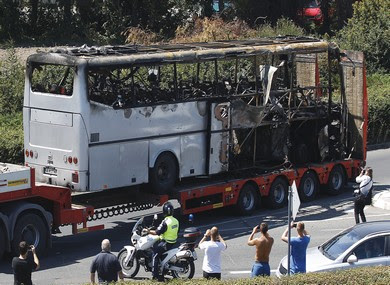 
Before boarding a flight to Bulgaria on Wednesday, Kochava Shriki, 42, got a call from her doctor with the good news that after many unsuccessful attempts, she was finally pregnant.

As she stood in Ben-Gurion Airport, she called her sister, Yael Morad, to tell her how happy she was. She ended the conversation by stating, “I’m getting on the plane in five minutes.”

“Take care of yourself,” Morad responded.
Just one day later, Morad stood in the parking lot outside of Ben-Gurion’s Terminal 1, fairly certain that her sister was among the five Israelis killed when a suicide bomber boarded her bus outside the airport in Burgas, Bulgaria, on Wednesday afternoon.

Shriki and her husband Yitzhak of Rishon Lezion were among 154 Israelis who had flown there on vacation with the help of Israeli tourism company Kavei Hofsha (Vacation Lines), which also provided buses to transport them to their hotel.

On Thursday, Yitzhak flew back to Israel without his wife.

He was among the 33 wounded from the blast who landed around 2 p.m. on an IDF plane.

Posted by Love For His People ministry at 1:44 PM No comments: Links to this post