Posted by Love For His People ministry at 6:49 AM No comments: Links to this post

Posted by Love For His People ministry at 6:47 AM No comments: Links to this post 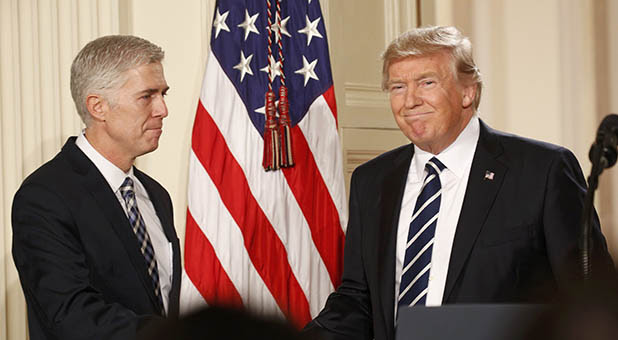 Leaders are readers! Subscribe now and get 3 magazines for the price of 1. Get Ministry Today, Charisma and SpiritLed Woman all for $24. YES - Sign me up!
3 Reasons Why you should read Life in the Spirit. 1) Get to know the Holy Spirit. 2) Learn to enter God's presence 3) Hear God's voice clearly! Click Here to draw closer to God!
Posted by Love For His People ministry at 6:43 AM No comments: Links to this post 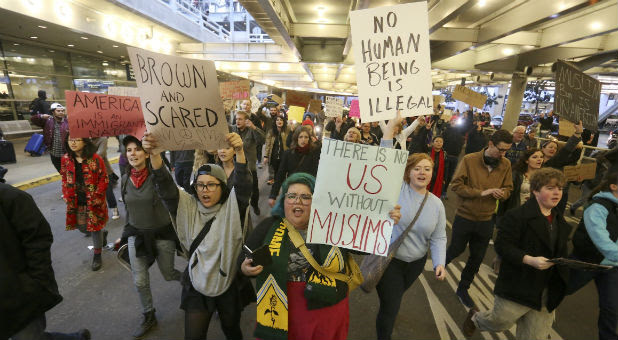 Franklin Graham: How Christians Should Respond to the 'Muslim' Ban

1/31/2017 JESSILYN JUSTICE  CHARISMA NEWS
Join us on our podcast each weekday for an interesting story, well told, from Charisma News. Listen at charismapodcastnetwork.com.
As President Donald Trump signed a temporary immigration halt from some Middle Eastern nations, many people in the United States exploded in wrath.
Thousands gathered at airports to protest and offer aid to the incoming refugees who were temporarily detained for extra screening.
Media and enraged protesters called the freeze a "Muslim ban," which sparked further demonstrations around the country.
In a time of turmoil, evangelist Franklin Graham offered these words of wisdom:
"There have been a lot of protests and discussion about President Donald J. Trump's executive action on immigration. Some people seem to have forgotten that the priority of the president of the United States is protecting the Constitution and the safety of Americans. That's exactly what President Trump is trying to do. Taking action to secure our borders had to start somewhere. Is it perfect? Maybe not, but it is a first step. As they work on solutions during this 90-day travel ban, unfortunately there are some innocent families caught in this time of transition," he said. "I think that a thorough vetting process really needs to apply to people coming into the U.S. from all countries—not just seven. We have to be sure that the philosophies of those entering our country are compatible with our Constitution. If a person does not agree with our principles of freedom, democracy and liberty, which we cherish, they should not be allowed to come. Without question, Sharia law is not compatible," he continued. But many believers are at a loss on how to help, or if they should. They turn to Matthew 25, claiming people who support the immigration halt are turning away Jesus.
Graham offered this insight:

Some are also criticizing Christians who support the president's position on immigration—and I'm one of those being criticized. But we have to realize that the president's job is not the same as the job of the church. As Christians, we are clearly taught in the Bible to care for the poor and oppressed. At Samaritan's Purse, we have been working in the Middle East for over 30 years. We've provided things like food, heaters, blankets, coats, shelter plastic and more for tens of thousands of refugees there and in other places around the world. We just opened a 55-bed field trauma hospital in northern Iraq where we're treating Muslims who are being wounded by other Muslims in the fight over Mosul. As Christians we are commanded to help all, regardless of religious background or ethnicity, like the Good Samaritan Jesus shared about in the Bible. Our job is to show God's love and compassion. I believe the best way to help is to reach out and help these people in their own countries. I support the establishment of safe zones inside Syria and Iraq that would be protected by the international community until a political solution is found. We need to pray for political solutions that would bring peace and allow them to return to their homes as they desire.

Do you agree? Sound off!

Leaders are readers! Subscribe now and get 3 magazines for the price of 1. Get Ministry Today, Charisma and SpiritLed Woman all for $24. YES - Sign me up!
3 Reasons Why you should read Life in the Spirit. 1) Get to know the Holy Spirit. 2) Learn to enter God's presence 3) Hear God's voice clearly! Click Here to draw closer to God!
Posted by Love For His People ministry at 6:36 AM No comments: Links to this post