Intercessors Gather in Jerusalem to Pray for Israel

Intercessors Gather in Jerusalem to Pray for Israel 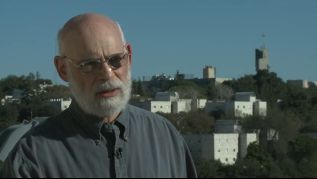 JERUSALEM, Israel -- warriors from around the world gathered in Jerusalem to intercede for Israeli elections this week. Their efforts were part of the 29th annual Intercessors for Israel prayer conference.
Ironically, when IFI Chairman Eliyahu Ben Haim scheduled this year's conference a week earlier than usual, he had no idea it would be the week of national elections, Chuck Cohen, director of Intercessors for Israel, told CBN News.

Cohen explained the theme of this year's conference, "A World Turned Upside Down."

"God says the time to favor Zion has come," he said. "In Psalm 102, that comes right after scriptures that relate to the Holocaust and therefore we know that was in 1948 extending on to now."

"But in Isaiah 60, God says to Israel, 'Arise, shine for your light has come, for the glory of the Lord has risen upon you. For behold the darkness shall cover the earth, gross darkness the peoples.'"

"That's what we see," he said. "We see people calling evil good and good evil. We see people voting for people in Western governments in particular who are absolutely anti-God. And it's a world turned upside down," Cohen said.

On Monday evening, opening night began with an overview of the 30-some political parties vying for seats in the Knesset, followed by a short welcome from IFI board member Lance Lambert. Cohen provided some prayer guidelines, especially for the 50 newcomers.

Nearly 180 intercessors are here from abroad this year with local attendees. Most come from the U.S. and Europe and some from as far away as Hong Kong and South Korea.

It's the seventh prayer conference for Tong Sook Seo from Seoul. She came for the first time in 1990.
"Israel was in my heart a long time ago," Seo told CBN News.

It's the first prayer conference for U.S.-born Pastor Greg Husband, who has called England his home for the past 31 years.

"People from all over the world are coming together for one purpose: to pray for Israel," said Husband, who says his church prays for Israel every Friday.

"We see Israel backed into a corner and we want to see this nation survive in God."

While tiny Israel is faring better economically than many nations during the global financial crisis the last few years, it's still surrounded by a sea of hostile neighbors, making state-of-the-art defenses crucial.

"Two years ago [when] we started the prayer conference, the 'Arab spring' broke out. You know that was pretty critical. Everybody in the world was saying 'this is fantastic.' The leadership of the prayer conference very clearly told our people when it started, 'this is going to lead to an Islamic winter.'" And so it seems.

Justin Warren from San Diego said God has given him "an inexpressible desire for the Holy Land."

"The Lord brought me to this prayer conference because through His Word and the heart of His Spirit, and the Jewish blood that was shed for my soul and applied to my life, God has given me a special heart for His chosen people and given me an inexpressible desire for the Holy Land," Warren said, before quoting Psalm 122.

"Pray for the Peace of Jerusalem: they shall prosper that love thee. Peace be within your walls, and prosperity in your palaces.  For my brethren and companions' sakes, I will now say, Peace be within you. Because of the house of the Lord our God, I will seek your good."

Posted by Love For His People ministry at 8:50 AM