Jpost.com brings you a daily round-up of events making headlines in Israel, the Middle East and Jewish World.

The Jerusalem Post is delighted to announce the launch on Sunday of its online TV news edition, The Jerusalem Post News. The program, aired exclusively on JPost.com, is to offer a round-up of the events making the headlines in Israel, the region and the Jewish world, as well as expert analysis from our leading correspondents, incisive interviews with newsmakers and a look behind the headlines. 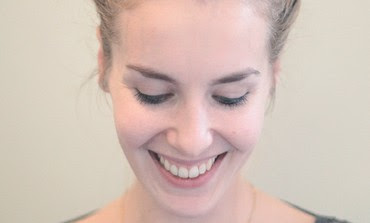 Camilla Schick  Photo: Dimi Reider
The broadcast, some six months in development, is to air every evening on JPost.com, Sunday to Thursday. It’s to be hosted by Camilla Schick, a London-trained broadcast journalist specializing in covering the region, who has previously worked with international broadcasters including the BBC World Service and Britain’s Channel 4.

The advent of JPost TV News heralds a new era in the branding of the newspaper, says Jerusalem Post editor-in-chief Steve Linde.

“Our professionally produced TV news bulletin will provide readers of our website around the world with a new dimension to the Jerusalem Post brand name,” Linde says.

“It brings JPost.com into the 21st century by showing viewers what’s in the news through what is arguably the most powerful of all media – television – while offering an authoritative and trustworthy perspective on the situation in Israel, the Jewish world, the Middle East and the world at large.”

To stay up to date with all the news and views from Israel, the Jewish world and the Middle East, tune in to our online news round-up, only at jpost.com/video.
Follow The Jerusalem Post News on Twitter @JPostTVNews
Posted by Love For His People ministry at 3:49 PM