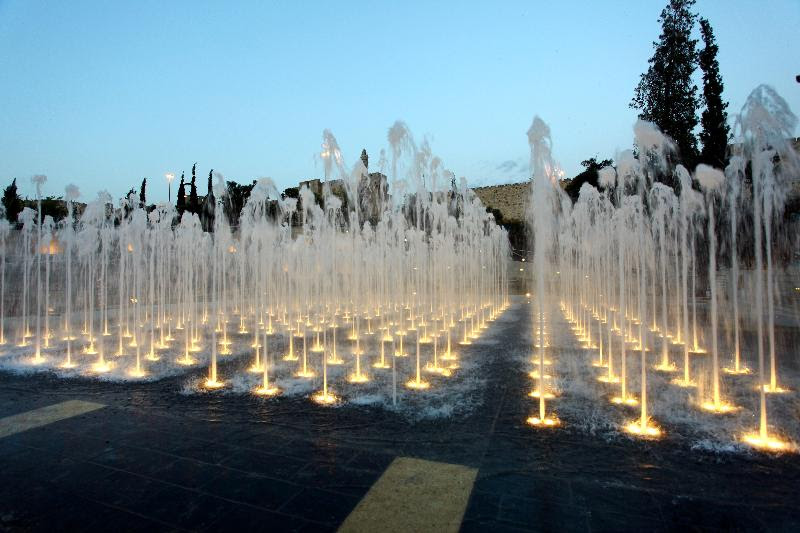 New York - May 16, 2013: Named after former Jerusalem Mayor Teddy Kollek, the new "Teddy Park" will open this summer in Mitchell Park beneath the Old City walls near Jerusalem's Jaffa Gate.

Teddy Park commemorates the life and vision of Jerusalem's legendary Mayor Teddy Kollek, who, during his tenure from 1965 to 1993, spearheaded dozens of development projects in Jerusalem including the creation of outdoor public spaces, the installation of outdoor sculptures and the smooth reunification of the city in 1967.

Teddy Park will also include a visitor's center with a 3D film depicting the development of Jerusalem during Kollek's nearly three-decade tenure as mayor; a sun dial designed by Israeli artist Maty Grunberg; an eight-foot globe sculpture designed by British artist David Breur-Weil; a family wishing-well made of Jerusalem stone; and environmental sculptures.

"We are thrilled to unveil this innovative new park in my hometown of Jerusalem," said Haim Gutin, Israel Commissioner for Tourism, North and South America. "Teddy Park will serve as an exciting new attraction for both residents and visitors to Jerusalem."

Teddy Park is an initiative of the Israel Ministry of Tourism in conjunction with the Jerusalem Municipality and the Jerusalem Foundation's private donors from around the world.

For more information about tourism to Israel, visit www.goisrael.com.


Geoffrey Weill Associates
Informational material is disseminated on behalf of the Israel Ministry of Tourism.
Additional information available at the Department of Justice
Posted by Love For His People ministry at 9:21 AM