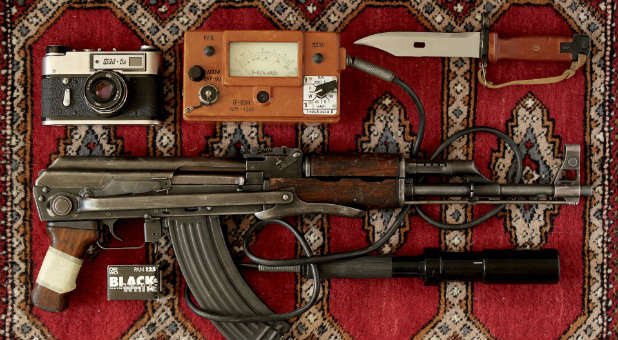 1/31/2017 VOICE OF THE MARTYRS  CHARISMA NEWS
Join us on our podcast each weekday for an interesting story, well told, from Charisma News. Listen at charismapodcastnetwork.com.
The woman sought "Samuel" out. Samuel's team came to the area a couple of times every month to distribute food aid to the thousands of Syrian refugees spread out across Lebanon's countryside. The refugees live in very rough conditions with little opportunity for work or school. Over the years, Samuel's team developed many friendships with the mostly Muslim refugees, giving the team many opportunities to share Jesus' love with them.
"Hanan" heard about the Christians through friends and invited the team to come to her house. A widow in her 40s, Hanan lived with her mother and other older female relatives in one of the Lebanese fields where Syria refugees have made their homes in makeshift buildings. Her adult children had gone to Turkey early in the conflict, but Hanan and the older female relatives stayed. When the daily bombings in their village finally destroyed their home, they fled to the Lebanese fields.
During their first meeting with Hanan and the women, the team showed them the JESUS film. "I talked with them about God's love and presented the gospel," Samuel said.
After the film, Hanan's mother, a woman in her 80s, and the other older women began to cry. "They had never heard anything about the gospel and Jesus Christ," said Samuel.
With tears in their eyes, the family prayed with the team, and Samuel and the others began to visit them twice a month. Samuel felt a special bond with the family, because they came from the same province as his father's family. Every other week, they studied the Bible together, and Samuel taught them how Bible stories could change their lives. He gave Hanan a New Testament, and she began reading it consistently.
When Hanan reached a point where she felt comfortable in her friendship with Samuel, she told him something that revealed her surprising and troubling past.
An AK-47 in Hand
Hanan told Samuel that in Syria, she had been a member of Jabat al-Nursra, now known as Jabhat Fateh al-Sham. The group had been the al-Qaida affiliate in Syria and is one of the major Islamist rebel groups fighting against the Syrian government. Hanan was also a nurse.
"I would care for their wounds," said Hanan of her fellow jihadis, "and carry an AK-47 in the other hand."
For the Sunni-background woman, the Islamist group were freedom fighters warring against an unjust government, and she wanted to play her part. But her relationship with Jesus was slowly transforming her heart as she learned more about the true peace and freedom that God offers through Jesus.
Samuel met with her every few weeks for more than a year before Hanan suddenly disappeared. "I do not know the status of her faith, whether she is still walking with the Lord or not," said Samuel. She had told Samuel that she was hoping to return to Syria, but the refugees often leave suddenly when an opportunity for work or housing comes up or when they are granted a visa to another country.
"[It] makes us sad to lose them, but happy that they take the gospel with them, and that's what we see God doing. These refugees meet the Lord, and they are taking the gospel with them as they travel to Europe or a different part of the world," said Samuel.

VOM equips front-line workers, like Samuel, who are uniquely reaching people with the message of the gospel. Please continue to pray that God's kingdom will expand through their efforts. If you would like to participate in supporting these front-line workers, click here.
Leaders are readers! Subscribe now and get 3 magazines for the price of 1. Get Ministry Today, Charisma and SpiritLed Woman all for $24. YES - Sign me up!
3 Reasons Why you should read Life in the Spirit. 1) Get to know the Holy Spirit. 2) Learn to enter God's presence 3) Hear God's voice clearly! Click Here to draw closer to God!
Posted by Love For His People ministry at 2:50 PM No comments: Links to this post