What Was Daily Life Like for Jesus? Archaeologists are Now Painting a Much Clearer Picture - CBN News 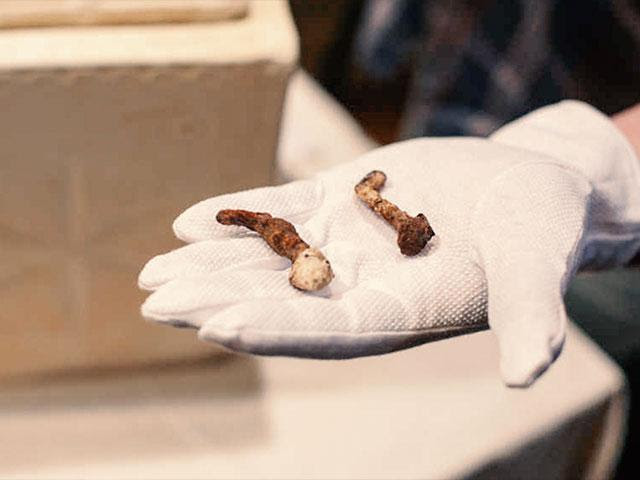 What Was Daily Life Like for Jesus? Archaeologists are Now Painting a Much Clearer Picture
CBN News 03-20-2017

The head of the The Israel Antiquities Authority’s archaeological division said over the weekend that the agency has made a “great leap” over the past two decades in understanding how Jesus and his contemporaries lived.
“Nowadays we can restore in a very clear way the daily life during that period, from the moment of birth, through the person’s life, his dining customs, where he traveled across the land, and until his day of death including his burial,” Gideon Avni told AFP. “Over the past 20 years we have made a great leap in understanding the way of life of Jesus and his contemporaries.”
READ: ‘What is Being Aborted?’: Watch Things Get Awkward Between Tucker Carlson and Planned Parenthood Rep
Israel happens to be one of the most archaeologically active nations on planet Earth, according to the Associated Press, with experts from all over the world heading to the Middle Eastern country to try and find treasures of old — and considering the impact of both Jesus and the Bible on history and society, that quest is more than understandable.
And as time forges on, the discovers just keep on coming. Avni said that unearthed findings unfold on a weekly basis, shedding new light on what life was like during Jesus’ time, with Avni’s comments coming as The Israel Antiquities Authority offered up on Sunday a rare look into the collections it houses in its 54,000-square foot warehouse.
The items — among the more than one million currently in the hands of the agency — included cooking utensils, a wine press, nails from crucifixions, jewelry, vases and other findings, AFP reported.
Avni said it is essential for The Israel Antiquities Authority to understand what life was like in Jesus’ era “from birth to death,” noting that, in addition to the more than one million items, the agency receives 40,000 new find every year from a total of 300 dig sites.
While no direct items have been found attributed to Jesus himself, historians have been able to explore the distance of travel between villages where Christ preached, and have also discerned what those locations looked like, the AP reported.
As for the lack of direct archeology linking Jesus to the region, Avni said this shouldn’t cause alarm. First and foremost the vast majority of historians have no doubt about Christ’s existence. Furthermore, Avni noted that Jesus was one among many people living in that region, making tracing items back to him quite tough.
“You have to remember that Christ was one among more than a million people living during this time in the Holy Land,” he told the AP.
As Faithwire has reported, there’s no shortage of interest in Jesus life, with CNN currently airing season two of its show “Finding Jesus: Faith, Fact, Forgery.” It’s a series that explores Christian artifacts, biblical figures and the locations associated with the life and teachings of Jesus Christ.
There has also been quite a bit of excitement over research surrounding what some believe was Jesus’ burial site. You can read about some of the other archaeological discoveries here.
(H/T: AFP)
Posted by Love For His People ministry at 7:15 AM No comments: Links to this post