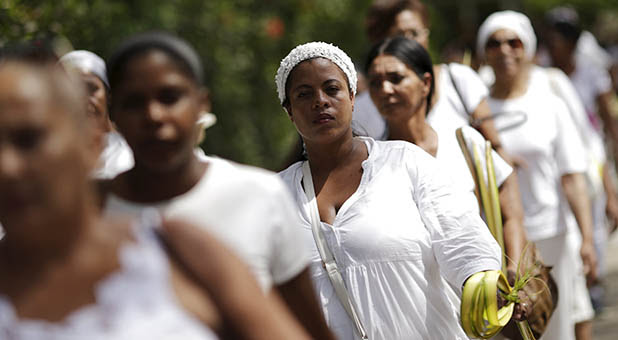 Franklin Graham Has Serious Doubts About This Diplomatic Mission


With President Obama now in Cuba on an official state visit, evangelist Franklin Graham has urged there be more pressure applied to the island nation's dictatorship to improve the conditions of its people.
"President Obama and the First Lady are in Cuba," he told his followers on social media Monday afternoon. "He would like the visit to highlight his diplomatic success; however, I doubt that he will see the real poverty and horrors that have been brought about by the Castro brothers' dictatorship.
"The Castros are responsible for the imprisonment and execution of thousands of innocent people and have kept the country in economic and political chains for decades. Even though there are some new freedoms and President Obama relaxed travel restrictions further this week to encourage tourism, everyone needs to realize that Cuba is still a Communist dictatorship that holds its more than 11 million people hostage to their whims.
"Dissent is not tolerated—people of conscience are still arrested, such as the Ladies in White who were arrested the day the President arrived. Pastor Mario Felix Lleonart Barroso's story is also in the news as his home and church were surrounded and he was arrested just hours before President Obama's arrival.
"While there have been some significant improvements, freedom of worship is still restricted. Let's pray that we will see real change for the people of Cuba."
Graham was responding to media reports that dozens of Cuban dissidents were rounded up and arrested just before Obama's arrival. The group, known as the Ladies in White, march each Sunday after Mass at a church in a suburb of Havana called Miramar, and are frequently arrested and detained—sometimes for days.

Draw closer to God. Experience the presence of the Holy Spirit every month as you read Charisma magazine. Sign up now to get Charisma for as low as $1 per issue.
Has God called you to be a leader? Ministry Today magazine is the source that Christian leaders who want to serve with passion and purpose turn to. Subscribe now and receive a free leadership book.
Posted by Love For His People ministry at 7:28 AM