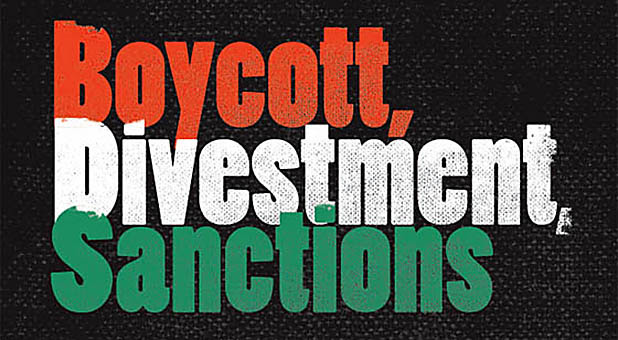 When one thinks of Hollywood and Israel, it's difficult not to think about the Boycott-Divestment-Sanction Movement.
But one comedienne and actress, who was once one of the biggest names in Tinseltown, has a view on the BDS Movement that swims against the current of popular opinion in the heavily liberal entertainment industry. She shared her experiences—and her pro-Israel advocacy—Monday at a conference in Jerusalem sponsored by theYedioth Aharonot newspaper and StandWithUs, a pro-Israel group.
That's not to say Roseanne Barr, the 2012 presidential candidate for the American Green Party, has suddenly become a conservative. The "socialist" of Jewish decent, however, has become an ardent supporter of Israel and a counter-activist to the BDS Movement.
"BDS do not want peace, nor do they want peace negotiations," she told the audience. "The truth is they work very hard to silence their opponents' points rather than to engage in civil communication and dialogue that leads to the actual redress and employment of solutions which might actually work for the everyday people at risk. But to absolute fascists, negotiation means losing."
Barr said that during her third-party presidential campaign, she was exposed to the anti-Israel bigotry of many she considered to be "comrades." Saying the scales had been lifted from her eyes, she said she finally observed the anti-Israel hatred of many in Hollywood for the first time.
"I had to admit that many of those I considered comrades were naked bigots who had absolutely no interest in peace between Israel and Palestinians Arabs at all as I did," she said. "It was shocking to realize that what I considered criticism of Israel many, many times gave way to the garden variety anti-Semitism that I'd heard all of my life."

Draw closer to God. Experience the presence of the Holy Spirit every month as you read Charisma magazine. Sign up now to get Charisma for as low as $1 per issue.
Has God called you to be a leader? Ministry Today magazine is the source that Christian leaders who want to serve with passion and purpose turn to. Subscribe now and receive a free leadership book.
Posted by Love For His People ministry at 6:21 AM