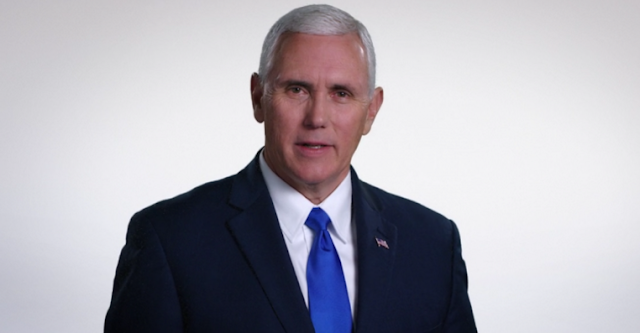 Mike Pence: 'We Need Jesus
More Than Ever Right Now'
HELLOCHRISTIAN.COM  Oct. 7, 2016
Christians across the nation have voted, and the results are in. Donald Trump will be the
45th President of the United States. But just a few days ago his VP, Mike Pence, released
a new video, detailing his personal faith story.

Whilst Pence grew up in a Christian home, he says that it became personal when he gave
his life to Christ in college. "My faith became my own when I made a personal decision
to trust Jesus Christ in my freshman year in college. That night, my heart was literally
broken wide with gratitude and joy. When I came to realize that what happened on the
cross, in some small measure, happened for me."

Pence continues "the truth is that the strength of our nation has come out of our
communities of faith. Throughout our history, it has been the voices of faith that
have driven our nation to a more perfect union."

Pence then offers a call to prayer for the US. "I'd like you to encourage you to do
one more thing. And that is to bow the head and bend the knee in the days that remain
in this election. Pray for our country. Pray, not that God would be on our side, but that
we would be on his side."

"I truly do believe in my heart of heart, that what's been true for millennia is still true
today. That if his people, who are called by his name, will humble themselves and pray,
he will again do as he's always done, he'll hear from heaven, and he'll heal our land.
This one nation, under God, indivisible, with liberty and justice for all."

"All I know today is that I need Him more than ever. He is the center of my life, and
my family's life."
Posted by Love For His People ministry at 8:05 AM No comments: Links to this post

Israel Intrigued by Trump Selection of Mike Pence for VP

Presumptive Republican presidential candidate Donald Trump’s selection of Indiana Governor Mike Pence as his running mate has Israelis intrigued.
As if the prospect of a Trump presidency wasn’t enough to gain everyone’s attention.
Trump has already made unwavering support for Israel a centerpiece of his campaign. Bringing Pence on board only amplifies that message.
An unabashedly conservative Christian, Pence previously spent 12 years in Congress, where he led several pro-Israel efforts, including placing stricter conditions on funding for the Palestinian Authority.
In 2007, Pence co-led the bipartisan Congressional Anti-Semitism Task Force.
In 2009, Pence addressed the American-Israel Public Affairs Committee (AIPAC), stating “emphatically” that his “Christian faith compels me to cherish the state of Israel.”
Nor has his support for Israel waned since becoming governor.
Indiana recently became one of the first American states to outlaw the Boycott, Divestment and Sanctions (BDS) movement that targets Israel.
Trump’s selection of Pence “signifies the rising power of Evangelicals among the Republican elite, which is a good thing for Israel,” wrote Yosef Hirsh on the Israeli news portal Mida.
Want more news from Israel?Click Here to sign up for our FREE daily email updates
Posted by Love For His People ministry at 6:31 AM No comments: Links to this post 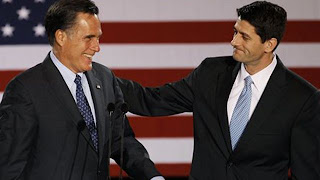 Paul Ryan came out swinging Saturday in his new role as Mitt Romney's running mate, accusing President Obama of presiding over a "record of failure" and promising to speak "truth" to America's problems and correct course.

"We can turn this thing around," Ryan vowed, as he and Romney joined for the first time as the official 2012 Republican ticket.

The Wisconsin congressman, to the backdrop of retired battleship USS Wisconsin, gave a feisty opening speech -- setting the tone for the Romney-Ryan bus tour that's next on the agenda, and the race going forward. Dutifully promoting the top of the ticket, Ryan touted Romney as the solution to the economic problems under Obama.

Met with chants of "USA, USA" from a riled-up crowd in Virginia, Ryan spoke broadly about the virtues of free enterprise and specifically about America's economic woes, all laced with pointed attacks on the White House incumbent. Though Ryan's reputation is that of a reserved and wonkish pol, his break-out speech as running mate signaled he'll be playing offense for Romney quite frequently.

Ryan accused the Obama team of being "more worried about their next election than they are about the next generation." He blamed Obama's "misguided policies" for the economic rut the country's been stuck in.

"No one disputes that President Obama inherited a difficult situation. And, in his first two years, with his party in complete control of Washington, he passed nearly every item on his agenda. But that didn't make things better," Ryan said. "In fact, we find ourselves in a nation facing debt, doubt and despair. ...

Ryan may continue pushing for a version of the budget proposal he reintroduced earlier this year. That proposal would overhaul Medicare and Medicaid and make other sweeping changes that Democrats have labeled as extreme. But Ryan has stuck by his proposal as the solution to an ever-growing deficit inflamed by out-of-control entitlement spending.

In a dose of the tough-love approach Ryan's become known for, he said: "We promise equal opportunity, not equal outcomes."

The Republican presidential candidate called his new running mate a man of "steadiness" and "integrity" as he introduced him. Speaking Saturday morning, Romney praised Ryan as an "intellectual leader" of the party, one who understands the toll the debt is taking on the country but is optimistic about the future.

"He doesn't demonize his opponents. He understands that honorable people can have honest differences and he appeals to the better angels of our nature," Romney said. "He's never been content to just curse the darkness. He'd rather light candles."

Romney initially fumbled his introduction of Ryan. In the closing line of his remarks, he referred to Ryan as the "next president." Romney quickly returned to the podium to correct himself.

The selection comes roughly two weeks before the start of the Republican National Convention in Tampa, and gives Romney plenty of space to rally the party behind his pick before the official nomination.
The announcement comes as some polls, including a recent Fox News survey, show the Republican presidential candidate losing some ground to President Obama.

Ryan, 42, already considered a rising star in the Republican Party, is chairman of the House Budget Committee. He's been in Congress since 1999 and is best known this session for his controversial budget plan that includes an overhaul of Medicare.


http://www.foxnews.com/politics/2012/08/11/ryan-comes-out-swinging-as-romney-vp-pick-condemns-obama-record-failure/
Posted by Love For His People ministry at 1:35 PM No comments: Links to this post