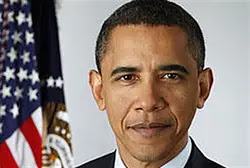 The largest-circulation newspaper in the United States, the Wall Street Journal, has penned a scathing editorial against the Obama Administration's handling of the crisis with Iran, saying that its attitude is pushing the Jewish state to strike Iran on its own.

Following Gen. Martin Dempsey's statement that "I don’t want to be complicit" if Israel chooses to attack Iran, the Journal writes acidly: ”We don’t know what exactly Gen. Dempsey thinks American non-complicity might entail in the event of a strike. Should the Administration refuse to resupply Israel with jets and bombs, or condemn an Israeli strike at the U.N.? Nor do we know if the General was conducting freelance diplomacy or sending a signal from an Administration that feels the same way but doesn’t want to say so during a political season."

The editorial sides with Israel, and says it's no wonder the Israelis are upset at the U.S.  Administration. "It’s one thing to hear from Mahmoud Ahmadinejad that he wants to wipe you off the map: At least it has the ring of honesty. It’s quite another to hear from President Obama that he has your back, even as his Administration tries to sell to the public a make-believe world in which Iran’s nuclear intentions are potentially peaceful, sanctions are working and diplomacy hasn’t failed after three and half years."

"The irony for the Administration is that its head-in-the-sand performance is why many Israeli decision-makers believe they had better strike sooner than later. Not only is there waning confidence that Mr. Obama is prepared to take military action on his own, but there’s also a fear that a re-elected President Obama will take a much harsher line on an Israeli attack than he would before the first Tuesday in November ".

The Obama Administration should be making an effort to show Israel that it takes the Iranian threat seriously, the newspaper opines. Instead, it is doing the opposite. "Since coming to office, Obama Administration policy toward Israel has alternated between animus and incompetence. We don’t know what motivated Gen. Dempsey’s outburst, but a President who really had Israel’s back would publicly contradict it."

As Arutz Sheva noted, Gen. Dempsey's statement means, in essence, that the U.S. does not "have Israel's back," in contradiction to the pledge made by Obama earlier in the year.

http://www.israelnationalnews.com/News/News.aspx/159547
Posted by Love For His People ministry at 3:14 PM