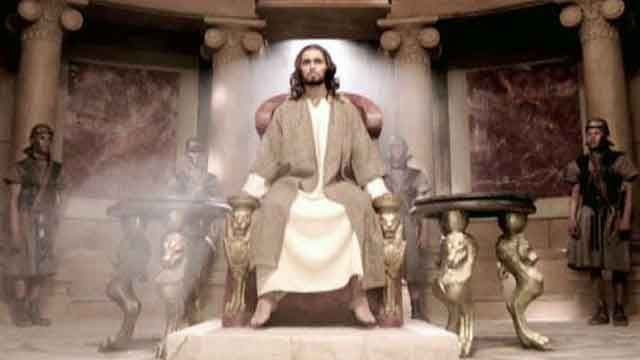 It’s a story that’s been told many times before. But Mark Burnett and his wife Roma Downey hope special effects and epic story lines will bring their series “The Bible” to life.

In a 10-part miniseries, airing on The History Channel beginning March 3, the couple told Fox they aimed to retell the stories of in a way that appeals to a young audience.

“It really is family programming,” Burnett said. “It’s for young. It’s for old. And equally importantly it’s for teenagers.”

He said their three teenage children advised them not to “make the special effects lame.” The “Survivor” producer added he hopes the effects for the series will be comparable to those seen in films like “The Hobbit,” and “Lord of the .”

Burnett said he expects the series will be the first of many upcoming biblical-themed projects to hit Hollywood.

“I think we’re ahead of the game,” he said. “Next year, the Bible will be really popular in Hollywood. I mean, the first one that’s coming out is ‘Noah,’ with Russell Crowe, [and] Spielberg is working on ‘Moses.’”

But the power couple said regardless, they felt it was important to do the series to combat the “biblical illiteracy” they feel plagues the U.S.

“The Bible” premieres Sunday, March 3, at 8 p.m. ET on The History Channel.


Read more: http://www.foxnews.com/entertainment/2013/02/28/bible-tv-show-headed-to-history-channel/?intcmp=features#ixzz2MDOY38XT
Posted by Love For His People ministry at 12:18 PM