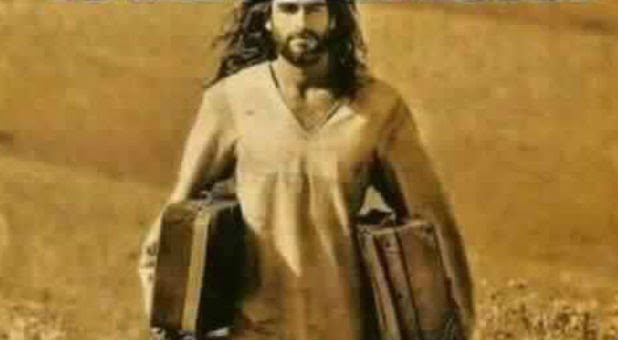 1/24/2017 JESSILYN JUSTICE  CHARISMA NEWS
Join us on our podcast each weekday for an interesting story, well told, from Charisma News. Listen at charismapodcastnetwork.com.


Critics continue to lob verbal assaults against gospel singer Vicki Yohe, who posted a photo indicating Donald Trump was bringing Jesus back to the White House.

The photo depicted Jesus Christ carrying suitcases with a caption proclaiming, "no weapon formed against him shall remain" in reference to Trump.
Yohe deleted the photo after activists like former pastor Shawn King claimed she was promoting "white supremacy" in the White House.
"This is disgusting. You are disgusting for saying it. I was a pastor for 15 years and feel the need to strongly come against much of what you, a white "Gospel" singer widely known for singing to black audiences, have done here," King posted.
"What I think you mean is that WHITE JESUS, and white supremacy are returning to White House. That is why you shared an image of a random white man with luggage. That's not Jesus and Donald Trump is not ushering in the return of Jesus," he said.
Yohe released a long statement detailing her intentions:

I never want to ever hurt anyone and that has never been my intention. If I have hurt you I am truly sorry.

It is true that I am excited by the thought of a government that will protect Christianity and not attack it. I do not condone any wrong things Trump has said or done in the past. I also did not mean to imply that Obama was not a Christian, but meant that the policies his administration pursued many times went against what most Christians believe.

I posted this pic quickly after someone sent it to me. In retrospect I know that in haste I did it without considering how some may view it and the meanings they would derive from it. I regret that, and apologize for it.

Various people with large followings have attacked me on their social media platforms. In the last 24-plus hours, I have been branded a racist and endured continual attacks from thousands of people. We had to shut down all social media because of the scores of vulgar messages and threats. We are still getting emails and phone calls, calling me nasty things and above all racist! Their goal now is to ruin me. We have churches calling to cancel their ministry dates, and thousands of people saying they will never buy the music again. I know who I am and who I am not, and I am not a racist. People who know my personal life would find that label the most ridiculous adjective you could assign to me. Bottom line I was wrong, but my intentions were not what they have been perceived to be.

Leaders are readers! Subscribe now and get 3 magazines for the price of 1. Get Ministry Today, Charisma and SpiritLed Woman all for $24. YES - Sign me up!
3 Reasons Why you should read Life in the Spirit. 1) Get to know the Holy Spirit. 2) Learn to enter God's presence 3) Hear God's voice clearly! Click Here to draw closer to God!
Posted by Love For His People ministry at 1:37 PM