YEAR IN REVIEW: The Joel Osteen Most People Don’t Know

YEAR IN REVIEW: The Joel Osteen Most People Don’t Know

Posted by Love For His People ministry at 6:51 AM No comments: Links to this post

Franklin Graham: The Flood of Compromise

Franklin Graham: The Flood of Compromise

5/1/2014 FRANKLIN GRAHAM  CHARISMANEWS
Noah, the latest Hollywood epic, splashed across the big screen last month, revealing a flood of compromise. Described as a “biblically inspired fantasy film,” reviewers bragged that “despite its compromises … it retains a sense of religious awe.” But the great compromise cannot drown the truth. To use the phrase biblically inspired and the term fantasy in the same thought adulterates a historic record.
Some say the world is not held responsible for misinterpreting God’s Word, but the Bible does not agree, as we clearly see in the story of Noah: “Then the Lord saw that the wickedness of man was great in the earth, and that every intent of the thoughts of his heart was only evil continually. ... And He was grieved in His heart. ... And God said to Noah, ‘The end of all flesh has come before Me, for the earth is filled with violence through them; and behold, I will destroy them with the earth'” (Gen. 6:5-6, 13).
God not only holds His followers to account, but all of mankind. The human race continues gulping the bitter water in the sea of immorality, rejecting truth and trying to silence God’s people.
Because of pressure from the LGBT community, A&E tried to suppress Phil Robertson of Duck Dynasty fame by suspending him from his television series because of his biblically based convictions. The Robertson family was willing to walk away from their wildly successful reality show rather than compromise their beliefs.
Facing the possibility of losing the Robertsons—and millions of viewers—the network reinstated the patriarch star. The family-oriented Cracker Barrel restaurant and country store that had pulled Duck Dynasty products from its shelves in the midst of the uproar also had to back up and restock the Duck Dynasty merchandise, issuing an apology for offending a large percentage of its clientele.

Love For His People Editor's Note: I highly respect and appreciate Franklin Graham. Having worked at Samaritan's Purse for several years during the Christmas Shoebox time, I saw what the ministry does, as one of their major specific outreaches. It is amazing, and Franklin is such a great and honest leader.
Thank you Franklin for your commitment to share the truth, no matter what the backlash brings. We stand with you in your proclamations and witness of the truth.
Steve Martin
Founder
Love For His People

Posted by Love For His People ministry at 8:41 AM No comments: Links to this post

Christian charity World Vision has reversed its policy change on hiring applicants in same-sex marriage, just days after announcing they would accept them.

Organization board leaders said in a letter to supporters Wednesday that they had made a mistake by changing its policy.

"We are brokenhearted over the pain and confusion we have caused many of our friends who saw this decision as a reversal of our strong commitment to biblical authority," the board said in the letter.

Church leaders were quick to denounce the charity's decision to hire applicants in same-sex marriages. World Vision President Richard Stearns had said the move was not "symbolic not of compromise but of [Christian] unity."

"World Vision maintains their decision is based on unifying the church -- which I find offensive -- as if supporting sin and sinful behavior can unite the Church," Franklin wrote on his Facebook page.

In addition, the Assemblies of God had called for its members to shift their support to other charities.

Stearns said the board of the non-profit had been praying about the decision for years. But in the letter to supporters Wednesday leaders admitted they had not sought enough counsel from their Christian partners.

"As a result, we made a change to our conduct policy that was not consistent with our Statement of Faith and our commitment to the sanctity of marriage," they said.

"While World Vision U.S. stands firmly on the biblical view of marriage, we strongly affirm that all people, regardless of their sexual orientation, are created by God and are to be loved and treated with dignity and respect," they said.

A fifth of the World Vision funding comes from the federal government.

Posted by Love For His People ministry at 8:37 AM No comments: Links to this post

Church leaders are denouncing a decision by World Vision, one of the country's top Christian charities, to hire applicants in same-sex marriages.
The organization's president, Richard Stearns, announced the new policy in a letter to staff on Monday.
He said the move was not "symbolic not of compromise but of [Christian] unity," adding that the new policy defers to the authority of local churches on the issue.
"This is not an endorsement of same-sex marriage," Newsmax quoted Stearns. "We have decided we are not going to get into that debate. Nor is this a rejection of traditional marriage, which we affirm and support."
But faith leaders like Franklin Graham, president and CEO of Samaritan's Purse and the Billy Graham Evangelistic Association, dismissed Stearn's claims.
"World Vision maintains their decision is based on unifying the church -- which I find offensive -- as if supporting sin and sinful behavior can unite the Church," Franklin wrote on his Facebook page.
In addition, the Assemblies of God is calling for its members to shift their support to other charities.
Even so, Stearns said the board of the non-profit had been praying about the decision for years, and they hoped the change would keep the focus on their outreach to the poor and avoid controversy.
A fifth of the World Vision funding comes from the federal government.
Posted by Love For His People ministry at 2:08 PM No comments: Links to this post

Posted by Love For His People ministry at 7:08 AM No comments: Links to this post 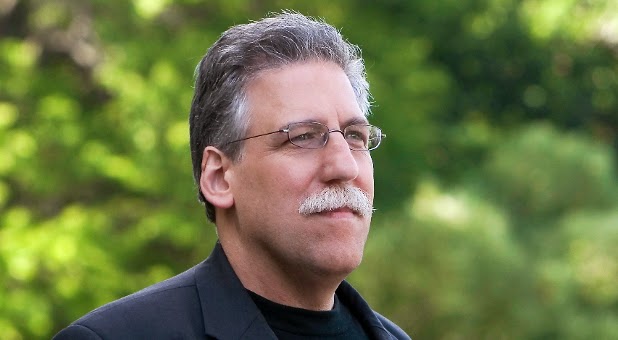 The Apostasy of World Vision