What the Spirit is saying to the Pastors of the USA

What the Spirit is saying

to the Pastors of the USA

Good Evening Pastors.
I love you.
You have sacrificed so much to accept the calling that I have set before you. Many of you have worked 2 or even 3 jobs to be able to afford the opportunity to care for My people.  You have done construction, cleaning jobs, flipped hamburgers, and taken all manner of jobs far beneath your potential.
Your families have felt pressure on every side as you have stuck up for the low road as the best road as best you could.  They feel the weight of this calling as much as you do, and that compounds the weight on your shoulders.
You have watched as petty church politics has sucked the life out of My church.  As my people position for the best seats, the prominent positions, and the popularity contests.
I have seen your loneliness, I have felt your pains, I have watched every time a sheep has broken the skin and drawn blood.  And you have bandaged it up and jumped right in again - because I asked you to.  I have washed away every tear.
I have seen the shortcuts you have been tempted with, and the many ways you have remained faithful to the covenants that you have made.
Your Hard Work
You have worked so hard for Me.
Despite your best efforts, deep inside you know that something is missing…
Whatever you felt "called to" and made those 1000 sacrifices, it wasn't for this.  Was it?
Do you remember how you felt when you understood the arc of salvation in the Biblical narrative for the first time?  Do you remember how you quivered in preaching class, amazed that you didn't actually die, and actually saw your professor touched by your message - dabbing a heartfelt tear out the corner of his eye?  Do you remember how you used to cling to faith in My love - because that was literally the only security you felt in your life?
Do you remember how it feels to work at memorizing a Bible verse, and to actually be able to use it in a key moment?  Do you remember what it feels like to sob over a stillborn baby or to fight back the nausea as you step up to speak to grieving relatives at a funeral?
I See and I Remember
I remember what it felt like when you learned to study the Bible for yourself, and when you led your first Bible study, and led a person to Me for the very first time.
I know you are hurt.  I know you are scared.  I know you feel hard inside - when you allow yourself to feel at all.
I see how overburdened you are.  All I ever wanted for you was love.  Nothing more and nothing less.
I am shaking the foundations of this nation.  You have felt the rumblings growing closer.
Very soon the storm will reveal what is connected by My true love, and what is patched together by duty and obligation.  The storms will rage and every flaw in your house will be exposed.  Do not think that my love and honor for your calling will hold back the truth.  I love my people too much to let them slide.
Let us come together again, My pastor!  Let us dance again for the Love for My Word and my quiet Presence.
What do you have to lose?
Let us come together and share Love!
Tim Truesdale
amodernmystic.wordpress.com 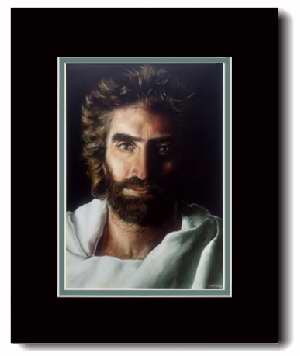 Posted by Love For His People ministry at 6:49 AM No comments: Links to this post

Posted by Love For His People ministry at 2:22 PM No comments: Links to this post

Posted by Love For His People ministry at 8:57 AM No comments: Links to this post

Messianic Jews
Israel’s leading media group, Keshet, has taken a keen interest in the nation’s Messianic Jewish community after one of its flagship television shows, the popular singing competition Kochav Haba (“The Next Star”), featured a Messianic Jewish contestant.
Keshet’s online news and entertainment portal, Mako, published a weekend story asking readers to take a closer look at Israel’s 15,000 Messianic Jews and to be more welcoming toward those who believe in Yeshua (Jesus).
The article opened by highlighting some of the hostile comments made after openly-Messianic songstress Shai Sol scored a spot in Kochav Haba’s second round following a mesmerizing audition performance.
The negative responses by some to Shai’s appearance were, as the article noted, characteristic of the typical mainstream attitude toward Messianic Jews. But the fact that Mako ran such a sympathetic piece is further evidence that much of Israeli society is not only increasingly tolerant of Messianic Jews, but is also growing more curious about what they believe, and why.
First, it should be noted that the Mako article used the name “Yeshua,” rather than the derogatory “Yeshu,” an acronym used by most Orthodox Jews meaning “may his name and memory be erased.”
Shai was asked by Mako to explain in greater depth what it means to be a Messianic Jew, a subject she briefly touched on in her Kochav Haba pre-audition interview.
“It is a stream of Judaism… We light Shabbat candles and worship God, read the Scriptures and learn the Bible,” replied Shai, noting that the one major difference with mainstream Judaism is that “we believe in both the Tanakh and the New Testament.”
Asked if that means Messianic Jews celebrate Christmas, Shai stated, “Absolutely not. We celebrate only the Jewish festivals. This is not Christianity, this is Messianic Judaism. After all, Yeshua was a Jew.”
The conversation inevitably turned toward “conversion” and “missionary activity.” The interviewer said that for her and many Jews, “when I hear ‘Messianic Jew’ I immediately think of Jehovah’s Witnesses.”
Shai said there was no connection. “The title ‘Messianic Jew’ always brings up negative connotations of Christians, of a cult, of missionaries. We are not missionaries walking around trying to compel people.”
The young singer explained that if someone like her interviewer was interested, “I would tell you about Yeshua and show you some [supporting] scriptures. I would invite you to a meeting at a [Messianic] congregation.”
Shai further clarified that Messianic faith is first and foremost “humanitarian” in nature, and that one cannot be compelled to accept Yeshua, who “after all [taught us] to spread love. He healed the sick and did many other social works.”
Shai said that many in the Messianic community had expressed support and satisfaction over the fact that a fellow believer had taken the national stage and in so doing had been boldly open about her faith.
“I have received a lot of messages from Messianic youth who are usually afraid to speak about [their faith],” said Shai. “They see in my ‘coming out’ an act of bravery, but I see it as natural.”
The interviewer noted that Shai has a great desire to be “a pioneer for the community, [part of] a Messianic vanguard that builds the bridge between Israeli society and Messianic Judaism.”
Shai will certainly have an opportunity to do that as she has started work on her first CD, and is scheduled to appear again soon on Kochav Haba, where critics rate her among the top contestants.
Want more news from Israel?Click Here to sign up for our FREE daily email updates from ISRAEL TODAY.
Posted by Love For His People ministry at 6:46 AM No comments: Links to this post

The Bible and the Climate


The Bible and the Climate

Following a very wet start to the winter, Israel Today spoke to leading geophysicist Pinhas Alpert, author of Rain and Wind— Meteorology and Weather in Jewish Tradition and Modern Science.
For free access to the January issue of Israel Today Magazine, where you can read the whole article, CLICK HERE
Want more news from Israel?Click Here to sign up for our FREE daily email updates from ISRAEL TODAY.
Posted by Love For His People ministry at 7:53 AM No comments: Links to this post