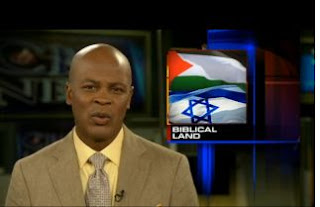 JERUSALEM, Israel -- The U.S. State Department condemned new findings by an official Israeli committee, which determined that establishing Jewish communities in Judea and Samaria is legal under international law.

"We do not accept the legitimacy of continued Israeli settlement activity and we oppose any effort to legalize outposts," Patrick Ventrell, a State Department spokesmen, said at a press conference in Washington.

The Palestinian Authority joined a chorus of rejections by left-wing groups and politicians, including Israeli attorney Talia Sasson, who produced a report in 2005 for former Prime Minister Ariel Sharon.
In her report, Sasson claimed that 105 Jewish communities built between 1991 and 2005 were illegal and should be dismantled. The Levy report, chaired by retired Supreme Court Judge Edmond Levy, is the first to be issued since then.

"If Israel was to stop defining itself as bound by various international treaties and the rule of law, global pressure on it would increase to unprecedented dimensions. The Right wouldn't care. The Left yearns for outside pressure," the report stated.

Prime Minister Benjamin Netanyahu, who established the Levy Commission, called the report "important because it deals with the legalization and the legitimization of the settlement enterprise in Judea and Samaria on the basis of facts and arguments that should be seriously considered."
Netanyahu presented the panel's findings to the Ministerial Committee on Settlements, which is authorized to implement the report.

Both are expected to try again to restart direct talks between the P.A. and Israel.

Posted by Love For His People ministry at 5:47 PM