'Pretend Pollard is a Greek-American, and free him'

'Pretend Pollard is a Greek-American, and free him' 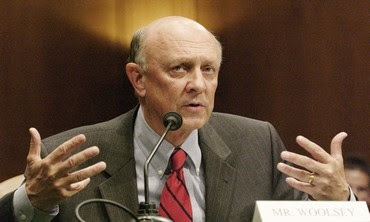 
Former CIA director James Woolsey called for the release of Jonathan Pollard in a letter to the editor, printed in the Wall Street Journal Thursday, hinting that his being Jewish may be a reason he is still behind . "For those hung up for some reason on the fact that he's an American Jew, pretend he's a - or Korean- or -American and free him," Woolsey wrote.
As CIA director in the early 1990s, Woolsey recommended against clemency for the spy, but now says that the nearly-two decades that Pollard served since then are enough.

"Of the more than 50 recently convicted Soviet bloc and Chinese spies, only two— and Robert Hanssen—also received life sentences, and two-thirds of these some-50 enemy spies served or have been sentenced to less time than Pollard has already served," Woolsey explained.

Pollard, he added, expressed remorse for his actions, cooperated with the US government, and pledged not to use the crime for profit after his release.

Earlier this week, President Shimon Peres promised to continue to work for the release of Pollard in a meeting with his , Esther, in Jerusalem.

Peres with Esther Pollard for the first time since his Washington last month, where he asked US President Obama to commute Pollard’s sentence to the over 26 years that he has served.

Gil Hoffman contributed to this report.

Posted by Love For His People ministry at 10:00 AM