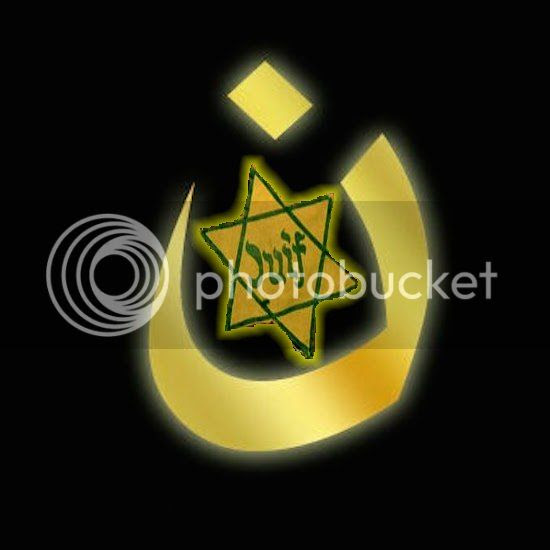 My father--a World War II veteran--often told me that history has a strange way of repeating itself.
Seventy years after the Nazis forced Jews to wear Yellow Star of David patches on their clothing to mark them for persecution and extermination, another holocaust is under way.
This time, it's Middle East Christians instead of European Jews. But the evil tactics are much the same.
Members of the Islamic State of Iraq and Syria (ISIS)--now known simply as The Islamic State (IS)--have marked Christians for dimmi status and extinction; their goal is to eliminate all Christian presence from their new caliphate.
As their predecessors did 1,400 years ago, Muslims in the IS have given Christians four options:
1. Convert to Islam.
2. Live as dimmis under sharia law and pay the jizya tax.
3. Forfeit their homes, possessions, and flee the IS.
4. Die.
Christian homes and businesses have been marked with the Arabic letter Nun. It stands for "Nazarene," or Christian. This symbol has now gone viral on social media and Christians around the globe are using it as a symbol of solidarity with the Christians of Mosul and Iraq.
They've also started the hashtag #WeAreN.
I too, have adopted the Nun symbol as my Facebook photo
www.facebook.com/GlobalLane.
But it will take more than just hastags and symbols to stop Caliph Ibrahim (Abu Bakir al-Baghdadi), his cohorts, and other Islamic extremists from committing atrocities in the Middle East.
Sir Edmund Burke said, "Evil prevails when good men do nothing."
Just ask survivors of the Jewish concentration camps.
Hashtags and symbols are excellent tools to raise awareness, but good men--and women--will need to do more to rescue these ancient Christian communities from this modern-day holocaust.
Watch this video of Islamic extremists blowing up the Mosul mosque that housed the tomb of the Biblical prophet, Jonah:

Email to a Friend    posted on Friday, July
Posted by Love For His People ministry at 8:39 AM