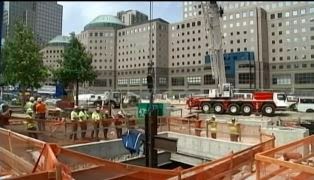 CBNNews.com
Tuesday, July 29, 2014
The famed Ground Zero Cross won't be removed from The National Sept. 11 Memorial and Museum for now.

The U.S. 2nd Court of Appeal rejected a challenge to the cross by The American Atheists on Monday.

The cross, found in the rubble of the World Trade Center buildings became a strong symbol for rescue workers and victims' families in the aftermath of Sept. 11.

The American Center for Law and Justice filed an amicus brief to protect the Ground Zero Cross.

"We argued from the beginning that this was a flawed legal challenge designed to re-write history and eliminate a powerful historical artifact," Jay Sekulow, chief counsel of the ACLJ, said.

"This decision is a significant constitutional victory that protects the freedom to display religiously themed artifacts of historical or artistic significance without running afoul of the Constitution," he said.

The ACLJ said they believe The American Atheists will likely appeal.

Posted by Love For His People ministry at 8:35 AM