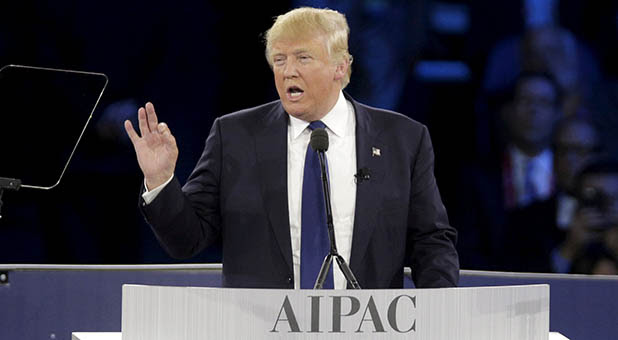 12/22/2016 BOB ESCHLIMAN  CHARISMA NEWS
President Barack Obama planned to stab Israel in the back Thursday at the United Nations. But President-elect Donald Trump had other plans, and with some bipartisan support, a dangerous Egyptian resolution has been tabled.
According to NBC News, the resolution Egypt circulated during the late-night hours Wednesday, and which was due for a vote in a special session of the U.N. Security Council Thursday afternoon, was not going to be vetoed by the Obama Administration. Rather, the U.S. planned to abstain, which meant the measure could pass, but without official American support.
As Israel applied pressure to both Egypt and the U.S., Trump offered a sharp rebuke of the resolution, which would have stated the U.N.:
Palestinians have been circulating a version of their own, which reportedly is much more strident in its anti-Israeli language. Had the vote taken place, it would have marked a wide departure from long-standing U.S. foreign policy regarding Israel, and it would have been in conflict with a Senate resolution that called for direct negotiations without preconditions.
The author of that resolution, Sen. Richard Blumenthal (D-Conn.), has been a very vocal supporter of Obama in the past. He was outraged, however, about the news reports Thursday morning:
"The draft United Nations resolution directly contradicts the Senate resolution I authored—and passed unanimously last year—condemning Palestinian terrorism and calling on all parties to return to the negotiating table immediately and without preconditions. Direct discussions remain the best avenue to ending the Israeli-Palestinian conflict."
A petition offered by the American Center for Law & Justice, which called upon Obama and the U.N. to reject the resolution, has drawn more than a quarter of a million signatures in just a matter of hours. The group issued the following statement that accompanies the petition:
President Obama is poised to betray Israel in his final days in office.
There are reports that the administration is plotting to use the U.N. Security Council against Israel.
It's a renewed attempt to abandon Israel, slash its borders, leave it defenseless and force our greatest ally in the Middle East to make dangerous concessions to terrorists before negotiations even begin.
Palestinian terrorists have launched over 300 attacks on Israelis—literally stabbing women and children in the back—murdering Israeli civilians and American citizens.
We must not force Israel into talks with terrorists.
We're mobilizing our office in Jerusalem. We're preparing critical legal letters, documents and filings at the U.N., in Congress and with the Obama administration. Add your name today.
Christians United for Israel issued its own statement about the matter: "While nations and organization may attack and de-legitimize the state of Israel and the Jewish people, let it be known that the defender of Israel is greater than all those who stand against Israel. He is the one that scattered Pharaoh's armies and allowed Israeli to be reborn against overwhelming odds."

3 Reasons Why you should read Life in the Spirit. 1) Get to know the Holy Spirit. 2) Learn to enter God's presence 3) Hear God's voice clearly! Go deeper!
Has God called you to be a leader? Ministry Today magazine is the source that Christian leaders who want to serve with passion and purpose turn to. Subscribe now and receive a free leadership book.
Posted by Love For His People ministry at 8:19 AM