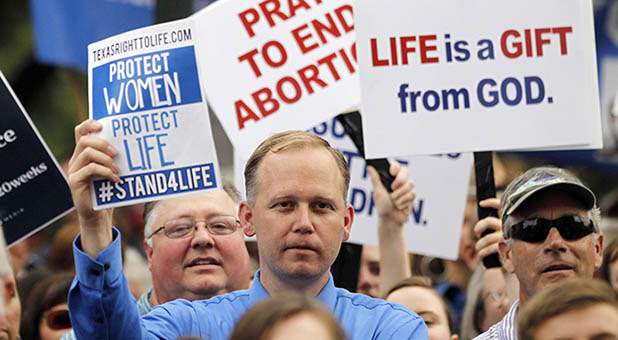 According to a new report from Operation Rescue, in 2016, America experienced the largest attempt to expand abortion since the 1980s—and it failed.
In a statement accompanying the report, Operation Rescue states that closures of abortion facilities compensated for the new opens, leaving the number of facilities operating in the U.S. essentially unchanged from 2015. This despite the best efforts of the "Abortion Carel" in a year "characterized by conditions that favored" expansion.
The statement continues:
Operation Rescue has released an informative report that includes the most accurate numbers of medication and surgical abortion facilities in the U.S. and how those numbers have changed since 2009, the first year Operation Rescue began to document the number and type of abortion facilities.
Other findings include:
Operation Rescue's exclusive report details conditions that favored abortion expansion and the reversal of fortunes that promises to make this year's static abortion facility numbers an anomaly in a national trend that has seen a dramatic 76 percent decrease in surgical abortion facilities since 1991.
"The political pendulum has swung our way, and we plan to work very hard to take advantage of this opportunity to immediately call for enforcement of laws that will shut down abortion facilities and save lives," Operation Rescue President Troy Newman said. "I believe this dramatic reversal of fortunes will pave the way for the eventual end to abortion in our country. There is now no excuse for failure."
Click here to read the entire report.

3 Reasons Why you should read Life in the Spirit. 1) Get to know the Holy Spirit. 2) Learn to enter God's presence 3) Hear God's voice clearly! Go deeper!
Has God called you to be a leader? Ministry Today magazine is the source that Christian leaders who want to serve with passion and purpose turn to. Subscribe now and receive a free leadership book.
Posted by Love For His People ministry at 12:55 PM