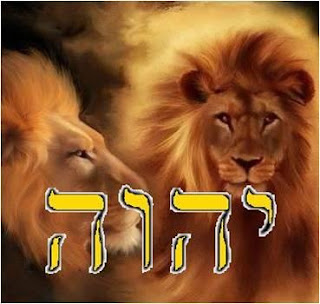 Unlike the Gregorian (civil) calendar, which is based on the sun (solar), the Jewish calendar is based primarily on the moon (lunar), with periodic adjustments made to account for the differences between the solar and lunar cycles.

Therefore, the Jewish calendar might be described as both solar and lunar. The moon takes an average of twenty-nine and one-half days to complete its cycle; twelve lunar months equal 354 days. A solar year is 365 1/4 days.

There is a difference of eleven days per year. To ensure that the Jewish holidays always fall in the proper season, an extra month is added to the Hebrew calendar seven times out of every nineteen years.

If this were not done, the fall harvest festival of Sukkot, for instance, would sometimes be celebrated in the summer, or the spring holiday of Passover would sometimes occur in the winter.

Jewish days are reckoned from sunset to sunset rather than from dawn or midnight. The basis for this is biblical. In the story of Creation (Genesis 1), each day concludes with the phrase: "And there was evening and there was morning. . ."

Since evening is mentioned first, the ancient rabbis concluded that in a day evening precedes morning.

The list of the Hebrew months (below) and the holidays that occur during these months also indicates the corresponding secular months.

For the counting of months, Nisan--the month that begins spring--is considered the first. However, the Jewishyear is reckoned from the month of Tishri--the month that begins autumn. This would seem to be the superimposition of one calendar system upon another, which took place during the Babylonian Exile (sixth pre-Christian century).

According to Jewish tradition, history is reckoned from the time of Creation; Jewish years, therefore, are numbered from then. For instance, Israel declared its independence on 5 Iyar 5708 (corresponding to May 14, 1948). The year 5708 (and every Jewish year) was figured by commencing the count from the beginning of Genesis.

Christian custom has been to divide history into two periods: before the time of Jesus (called B.C. = before Christ) and after Jesus' birth (called A.D. = anno Domini = in the year of the Lord). Jewish books generally refer to these periods as B.C.E. (before the common era) and C.E. (of the common era).

The subject of the calendar is rather complex. We have, therefore, touched only its broadest outlines.

Taken from: http://www.reformjudaism.org/jewish-calendar
Posted by Love For His People ministry at 6:48 AM