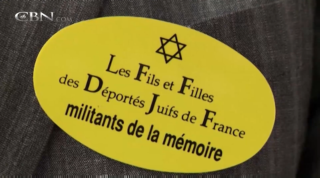 Ad Feedback
BRUSSELS and PARIS -- Terrorist attacks and rising anti-Semitism have convinced more European Jews there is no future for them or their children in Europe.
That's leading to an exodus of the Jews unprecedented since the creation of Israel.
European governments seem unable to prevent rising terrorist attacks against Jews, and that's made Jews as fearful as they've been since the Holocaust.
For a lot of Jews, the killing in Paris at Charlie Hebdo and the kosher supermarket was simply the last straw. It's the kind of bloodshed they had feared would happen.
Anti-Semtism in Europe has become stronger both because of more Muslim immigration and because of the leftist European media's constant demonization of Israel.
"We are facing a different kind of anti-Semtism: what we can call the traditional anti-Semtism, which is centuries old anti-Semitism, and a new phase of anti-Semistism, which is anti-Zionism; the critic of Israel who is actually hiding a real anti-Semistim," Joël Rubinfeld, of the Belgian League Against Anti-Semitism, explained.
A special U.S. envoy who recently returned from Scandinavia said Jews are under threat there as well. Rabbis are undergoing self-defense training. Virtually all synagogues in Europe have their own security or police protection.
European governments know that this new exodus of the Jews is a tragedy. But they seem unable or unwilling to do what it takes to stop the violence.
Experts say when Jews leave, it is the sign of a sick society. Jewish leaders CBN News talked to warn that Jews are only the first victims, and that other groups, particularly Christians, will face the same danger someday if something isn't done.
Posted by Love For His People ministry at 7:05 AM