“The boastful, willful man, scoffer is his name; the arrogant evildoer, he is a willful man.” (Proverbs 21:24)

Iran’s Foreign Ministry Spokesman Hossein Jaber Ansari just condemned Israel for its assassination of Samir Kuntar as an act of terrorism. Iran has been classified by the US State Department as an “active state sponsor of terrorism” since at least 2012. This brazen act of an Iranian official calling Israel’s actions “state organized terrorism of the Zionist regime” is just the most recent example of the fulfillment of a Jewish prophecy about the End of Days.

According to the Talmud, Judaism’s treasury of rabbinic wisdom, the last generation before the arrival of the Messiah will be a generation marked by brazenness and audacity. The Yiddish word for this quality is chutzpa (insolence) and it is one of a number of Yiddish words, such as with nosh and schmooze, that has made its way into popular culture.
The full quote from the Talmud identifies a number of markers of the breakdown of respectful society. The quote ends with a call for increased faith in God as the world waits for the Messiah.

“In the last generation before the Messiah, insolence will increase and honor will dwindle. The governments will turn to heresy. The meeting-place of scholars will be used for immorality. The wisdom of the learned will degenerate, those who fear sin will be despised, and the truth will be lacking. Youth will put old men to shame, the old will stand up against the young, a son will disgrace his father, a daughter will rebel against her mother. So upon who is there to rely? Upon our Father in Heaven.” (Sotah 49a)

A review of contemporary news stories clearly illustrates that we are in a generation of unprecedented brazenness and audacity.
In the Middle East, jihadist terror group ISIS beheads with immunity. Although the video has been removed by YouTube for a violation of its Terms of Service, a 3-year-old child is shown beheading a teddy bear in the shadow of an ISIS flag. In a separate video, ISIS filmed a child beheading an actual hostage.
The chutzpa of ISIS continues as they vow to extend their plan to establish a worldwide Islamic Caliphate to include Israel. the jihadist group recently produced a video in Hebrew to threaten that “not a single Jew would remain in Jerusalem.”
In Israel, Palestinian Authority President Mahmoud Abbas continues to vilify Israel and incite terror against her citizens, but his family members, like his brother-in-law and his wife, are treated in Israeli hospitals.
In the US, the Council on American-Islamic Relations (CAIR), a Muslim advocacy group, blames US foreign policy for the massacre in San Bernardino.

Global impertinence is not limited to ISIS and other Islamic groups. The UN and the EU also blatantly act against Israel’s interests
In its history, half the resolutions voted on by the United Nations Human Rights Council have condemned Israel, all out of proportion to the extreme human rights violations of any other country, including North Korea, Sudan, Saudi Arabia and Syria. In November 2015 alone, 20 anti-Israel resolutions were presented to the United Nations.
Despite the fact that the EU has no policy regarding labeling goods from other countries that have disputed territories, such as China, Morocco, Russia, Pakistan or India, the EU has begun labeling products produced in Biblical Judea and Samaria.
Russia’s president Vladimir Putin recently became involved in the Middle East. His rapid annexation of Crimea in March 2014 was accompanied by a claim that Crimea has always been an integral part of Russia. And today, he has his eyes on annexing Eastern Ukraine.
Socially, changes in cultural norms regarding what constitutes a legal marriage have become mainstream, despite opposition by Bible-based voters who consider the redefinition of marriage impudent. Other social trends such as reality TV, that thrives on embarrassing participants and sexting, in which people send sexually suggestive videos and images to one another, are part of the brazen culture that signals the fulfillment of the prophecy of an increase in worldwide audacity at the End-of-Days.
Prolific author and End-of-Days scholar Rabbi Pinchas Winston told Breaking Israel News that these audacious events, along with other, similar news stories, are, indeed, the fulfillment of prophecy from rabbinic sources that date back to the second through sixth centuries.
“The Talmud long ago painted a picture of the End-of-Days and what to expect. One of the signs mentioned is incredible arrogance and brazenness, both of which exist throughout Western society on various different levels,” he explained to Breaking Israel News. “And now, terrorists such as ISIS and their supporters are showing just how far such aberrant behavior can get.”
Seen in this context, worldwide brazenness is yet another sign that we are in the period the Bible calls the End of Days. 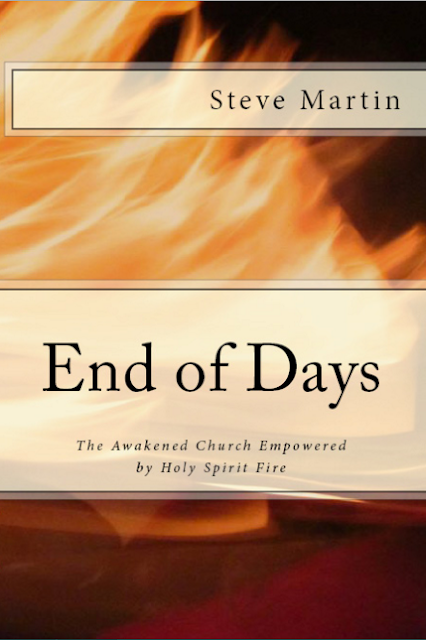 Posted by Love For His People ministry at 4:38 AM