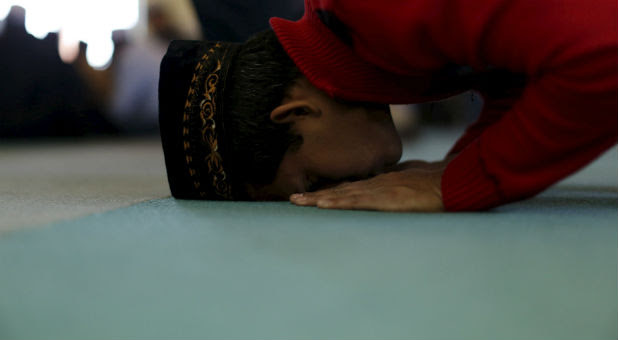 Of Course Christians and Muslims Don't Worship The Same God

It is true that the three primary monotheistic faiths, Judaism, Christianity, and Islam, all believe in an eternal, uncreated Creator God to whom all human beings must one day give account. But it is self-evident that Muslims and Christians do not worship the same God.
First, God is the heavenly Father of Christians, but Allah is not the Father of Muslims.
This is one of the most fundamental revelations of the Bible, which is why Jesus taught His followers to pray the "Our Father" prayer on a daily basis (Matt. 6:9-13). The New Testament even goes as far as saying that God has put the spirit of sonship into our hearts so that we can call God "Abba," just as Jesus called His Father "Abba" (Rom. 8:15; Gal. 4:6).
But Allah is not seen as the heavenly Father in Islam, let alone as "Abba," an even more endearing term. That's why "father" is not one of the 99 names of Allah in Islamic theology.
Second, through Jesus, we can have intimate fellowship—even friendship—with God.
Already in the Old Testament, God referred to Abraham as His friend (Is. 41:8), but in the New Testament, Jesus takes this even further, saying to His disciples: "Greater love has no man than this: that a man lay down his life for his friends. You are My friends if you do whatever I command you" (John 15:13-14).
A Muslim could not possibly think of Allah in such terms.
To the Muslim, God (Allah) is too transcendent and "other" to be our friend. He is to be worshiped and adored and obeyed—just as our heavenly Father is to be worshiped and adored and obeyed—but Muslims do not have "communion" with God as Christians do (2 Cor. 13:14).
In Islam, a human being cannot enjoy that kind of personal intimacy with the Creator.
This difference between the Christian conception of God and the Muslim conception of God is seen clearly when we consider the aspect of prayer. The depth of communion we enjoy with the Lord is expressed in the words of a famous hymn by Fanny Crosby, who wrote,

"O the pure delight of a single hour
That before Thy throne I spend,
When I kneel in prayer, and with Thee, my God
I commune as friend with friend!"

In Islam, Muslims must follow prescribed prayers in Arabic, even if they don't understand Arabic. So much for friendship with the deity. This alone underscores the deep contrast between these two faiths in terms of how God is viewed.
Third, Christians believe that Jesus is the full manifestation of God, whereas Muslims see Jesus as only a human prophet, not as the unique representation of the image of God.
Jesus told His disciples that if they He had seen Him, they had seen the Father; that He is in the Father and the Father is in Him; and that He and the Father are one (John 14:9-11; 10:30). The New Testament also states that Jesus is the very image of the invisible God and "the express image of Himself" (Col. 1:15; Heb. 1:3).
All of these concepts are totally foreign to Islam.
For Muslims, Jesus is simply another creation of Allah. For Christians, Jesus is the one through whom the Father made the universe.
Fourth, the Christian "blessed Trinity" is, for Muslims, a cursed blasphemy.
For 200 years, Christians have sung the classic hymn "Holy, Holy, Holy," which speaks of "God in three persons, blessed Trinity," articulating truths taught by the Church for centuries.
The words of that hymn are terribly offensive to Muslims, as emphasized in a chapter in the Quran which Muslims recite in prayer five times a day, Sura 112, which states that Allah "begets not, nor is He begotten; and there is none like unto Him."
This Sura was originally spoken with reference to Muhammad's polytheistic hearers but was then applied to Christian beliefs as well. This means that five times a day, Muslims denounce some of the most fundamental tenets of the Christian faith.
Fifth, true Christians would rather die than deny Jesus as Lord; true Muslims would rather die than confess Jesus as Lord. This is as basic as it gets, and I can't imagine that a devoted Christian or Muslim would argue with this premise.
The New Testament tells us that an essential element of salvation is confessing Jesus as Lord (Rom. 10:9-10). In stark contrast, the Quran says of those who believe that Jesus is God's Son, "May Allah destroy them; how are they deluded?" (Sura 9:30).
Can there really be any serious debate as to whether Muslims and Christians worship the same God?
Someone could argue that both faiths represent human attempts to please and obey the Creator, but what those faiths say explicitly about that Creator is mutually exclusive.
We do not worship the same God, which is why Muslims seek to convert Christians to Islam and Christians seek to convert Muslims to faith in Jesus.
The good news is that Jesus really is Lord and that one day, willingly or unwillingly, every knee will bow to Him and every tongue will make that very confession—"Jesus Christ is Lord"—to glory of God the Father (Phil. 2:9-11).

Michael Brown is the host of the nationally syndicated talk radio show The Line of Fire and is the president of FIRE School of Ministry. His newest book is Outlasting the Gay Revolution: Where Homosexual Activism Is Really Going and How to Turn the Tide. Connect with him on Facebook at AskDrBrown or on Twitter @drmichaellbrown.
For a limited time, we are extending our celebration of the 40th anniversary of Charisma. As a special offer, you can get 40 issues of Charisma magazine for only $40!
NEW from CHARISMA: Do you want to encounter the Holy Spirit and hear God speak to you? Increase your faith, discover freedom, and draw near to God! Click Here
Did you enjoy this blog? Click here to receive it by email.
Posted by Love For His People ministry at 8:26 AM