Posted by Love For His People ministry at 3:21 PM No comments: Links to this post

Meet Avraham the Jewish Shepherd ✡ "His Father's Sheep in Bethlehem"

Posted by Love For His People ministry at 7:13 AM No comments: Links to this post

Recovering From Church Burns: Advice for the Wounded By Wendy Alsup

Recovering From Church Burns: Advice for the Wounded By Wendy Alsup 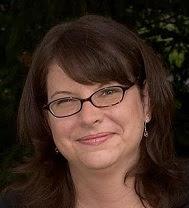 Here's my advice for those burned by the church. It's simple, yet profound. Here goes:


I need to qualify that, right? How do you trust the same entity that wounded you deeply? It's fundamentally helpful to distinguish between the church local and the church global.


The global church is made up of local churches, some with organized denominational structures and some without. When you've been burned by a local congregation or even the larger denominational system with which they are affiliated, it's helpful to zoom out in your own head and remember that the "big C" church is way bigger than the particular group that hurt you.


The group that wounded you is really just a very small subset of the larger body of Christ. And the worst thing you can do after being burned by a local congregation is to allow your beliefs on the larger body to fall apart.


We Need Community and Shepherds


I was burned by a church years ago, but praise God He convinced me that I still needed the church. So I crawled in to a new church, wounded and weary. I had listened to their pastor's sermons on podcasts for months, and I knew that, at least according to the sermons, this church valued the Bible and grace.

For a long time, our family was the last one in to sit down and the first one out when the service was over. I observed, and I listened. And over time, I got the courage to reach out.


Five years later, I have never once regretted opening myself up to that body. Now, this is not to say they are perfect or the pastors never make a mistake. It's not to say that one day I won't be burned by this congregation (or that I won't hurt others). But the bottom line of the Christian life is that we need community, and we need pastors.


Though I may be hurt again by my community or my pastors, I still need them. The possibility of being hurt in the future is there, but it is only a possibility. However, my need for them is not a possibility. It is an actual, factual, present need.


About a year into my time at my current church, my pastor preached this sermon from Philippians 2. He made two particularly important points. First, God's good under shepherds are recognized by their humility, not their giftedness. The Good Shepherd lays down his life for the sheep, and He is the model for His under shepherds.


Second, when God has brought the humble under shepherd into your life, like Paul's exhortation concerning Epaphroditus in Philippians 2, welcome them with joy and receive them with honor.


The imperfect but humble under shepherd still exists! God didn't abandon us to only poor leaders after Paul, Timothy and Epaphroditus passed on. It is to our benefit, not detriment, to receive them and honor them in the name of Christ.


My son pulled a hot curling iron down on his hand when he was 1 year old. I picked him up before he even started crying and ran to the sink to run cold water over his hand, followed by an ice pack I held periodically on the burned area. Later, in the emergency room, a nurse told me that was absolutely the best thing to do for his burned hand.


Sure, we got the heat away from his hand first, but then we needed to apply the opposite, a cold ice pack, to really undo the damage the heat - even removed from his hand - was still doing to his skin.


You Need a Pastor


I am growing a firm conviction that this is the remedy for those burned by the church. If you were wounded by a self-serving, proud, authoritarian pastor, the answer is not to never allow yourself to sit under another pastor. The answer is to find a humble, sacrificial pastor who is willing to lay down his interests for those of his sheep.


Sitting under humble leadership is the antidote to the sting of the burn from the proud. Like my son, you may still have a scar when it's all said and done, but the scar of distrusting all Christian community and leadership for all time is so much worse than the one you may have when you allow yourself to re-enter community and sit under Christ like leadership.


If you've been burned by a pastor, you need a pastor.


"So I exhort the elders among you, as a fellow elder and a witness of the sufferings of Christ, as well as a partaker in the glory that is going to be revealed: shepherd the flock of God that is among you, exercising oversight, not under compulsion, but willingly, as God would have you; not for shameful gain, but eagerly; not domineering over those in your charge, but being examples to the flock.

And when the chief Shepherd appears, you will receive the unfading crown of glory. Likewise, you who are younger, be subject to the elders. Clothe yourselves, all of you, with humility toward one another, for 'God opposes the proud but gives grace to the humble'" (1 Pet. 5:1-5, ESV). 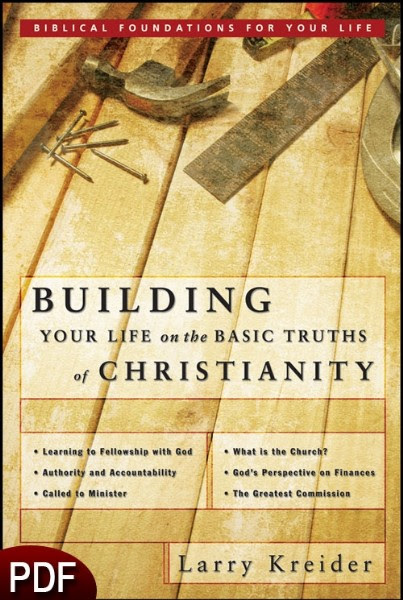 Building Your Life on the
Basic Truths of Christianity

Posted by Love For His People ministry at 7:42 AM No comments: Links to this post

19th and early 20th century photographs from the Holy Land

Updates to Previous Posts
with Pictures from the New York Public Library. Yes, the NYPL

The Library of Congress archives of 19th and early 20th century photographs from the Holy Land still has more veins of treasures to be mined by Israel Daily Picture.

But we would like to add two more American Colony pictures which we found in the New York Public Library archives to our previous postings. We thank the NYPL for granting permission to present them here.


The first is a picture of shepherds and sheep. What drew our attention were the buildings and mosque, easily identified in our feature "Jerusalem's Nablus Road -- Where History Marched." The original caption to the photograph of the soldiers notes that they were passing the American Colony residence, located on Nablus Road.

The Colony's location gave the photographers a front row seat for the arrival of the German Emperor Wilhelm II in 1898.

The second photo found in the New York Public Library is a picture of farming practices in Palestine over 100 years ago. The American Colony photographers frequently shot pictures of mismatched plowing animals.

We theorize that the American Colony members, who were well versed in the Old Testament, focused on agricultural prohibitions found in the Bible.

In this particular case, they illustrated the prohibition "Thou shall not plow with an ox and an ass together." (Deuteronomy 20)

http://www.israeldailypicture.com/2012/11/updates-to-previous-posts-with-pictures.html?utm_source=feedburner&utm_medium=email&utm_campaign=Feed%3A+IsraelsHistory-APictureADaybeta+%28Israel%27s+History+-+a+Picture+a+Day+%28Beta%29%29
Posted by Love For His People ministry at 10:18 AM No comments: Links to this post