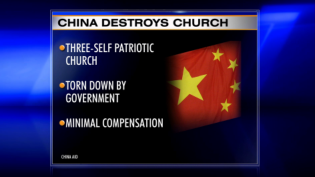 Ad Feedback
The Chinese government is tearing down a multi-million dollar church, leaving the congregation high and dry.
China Aid reports that officials had approved the Three-Self Patriotic Church in the city of Wenling.
Now it's being destroyed on government orders. The church will be allowed to relocate, but it's only receiving compensation for one-sixth of what the building was worth.
China's government has also been tearing down crosses from church buildings and arresting Christians who oppose the destruction of the crosses.
Posted by Love For His People ministry at 1:06 PM