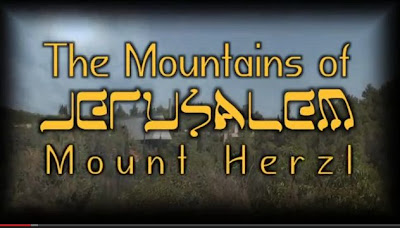 Dr. David R. Reagan serves as the Senior Evangelist for Lamb & Lion Ministries. He is a native Texan who resides in a suburb of Dallas. He is married and is the father of two daughters. His wife, Ann, is a retired first grade teacher. They have four grandchildren and one great-grandchild.
Dr. Reagan is a Phi Beta Kappa graduate of the University of Texas in Austin. His graduate degrees were earned in the field of International Relations from the Fletcher School of Law & Diplomacy of Tufts and Harvard Universities.
Dave — as he prefers to be called — was the founder of Lamb & Lion Ministries in 1980. Before entering the ministry he had an extensive career in higher education which included the following positions: Assistant to the President of Austin College in Sherman, Texas; President of South Texas Jr. College in Houston; Director of Pepperdine University's Center for International Business in Los Angeles; and Vice President of Phillips University in Enid, Oklahoma.
In the mid-60's Dave served as a Fulbright Lecturer at the University of the Philippines and toured all of Southeast Asia lecturing on U.S. foreign policy in behalf of the U.S. Information Agency.
Dave is a life-long Bible student, teacher, and preacher. He entered the full time ministry in 1976 when he was called to serve as the pulpit minister for a church in Irving, Texas. His ordination as a Christian minister has been formally recognized by three different Christian groups.
He is the author of many religious essays which have been published in a wide variety of journals and magazines. He has written 11 books — The Man of Lawlessness, Jesus the Lamb and the Lion,Eternity: Heaven or Hell?, God's Plan for the Ages, Wrath & Glory: The Meaning of Revelation, The Christ in Prophecy Study Guide, America the Beautiful?, Trusting God, Living for Christ in the End Times, An Overview of Revelation Study Guide, and Jesus is Coming Soon! which is a book for children. He has co-authored another book called The Parched Soul of America. His books have been translated into several languages.
Dave's sermons have been distributed worldwide. He has led more than forty pilgrimages to Israel that focus on the prophetic significance of the sites visited. He has also conducted prophecy conferences in Russia, Poland, Hungary, the Czech Republic, Austria, Belarus, Israel, South Africa, Mexico, the Philippines, India, England (including Wales, Scotland, and Northern Ireland), and China.
Dave is the host of Lamb & Lion's weekly television program called "Christ in Prophecy." This program is broadcast nationally on seven Christian networks which combined have access to 80 million homes in the United States. And through DayStar, the program is available to every country in the world. The program deals with the prophetic significance of national and international events.

Lamb & Lion Ministries was founded in 1980 as a non-denominational, independent ministry. The Ministry does not seek to convert people to any particular church. Rather, it seeks to lift up Jesus and draw people to Him as Lord and Savior.
The Ministry was established for the purpose of proclaiming the soon return of Jesus. We do not believe it is possible to know the date when Jesus will return. But we do believe it is possible to know the season of the Lord's return, and it is our conviction that we are living in that season.
The message of the Ministry is directed at both believers and non-believers. To the unsaved, the Ministry says, "Flee from the wrath that is to come by fleeing into the loving arms of Jesus." To believers, the Ministry says, "Commit yourselves to holiness as you await the appearance of your Blessed Hope."
We believe that Jesus is the only hope for the world today. He is the Gospel — the "Good News."
We believe the Church, as expressed through the local congregation, is the basic unit of God's plan for the proclamation of the Gospel and the discipling of believers. Lamb & Lion Ministries exists to serve the Church in its effort to win souls for Christ and to disciple those who accept the Lord.
read more...

The Ministry is governed by a Board of twenty-two Trustees who come from a variety of Christian fellowships. The Trustees establish all the policies of the Ministry, and they meet quarterly to review the Ministry's operations.
All the Trustees are committed Evangelicals who affirm that the Bible is the inerrant Word of God; that Jesus is the Christ, the Son of God; and that Jesus is returning soon.
read more...

The Ministry proclaims its message in a variety of ways. One of the most significant is through its weekly television program called Christ in Prophecy. This program is broadcast nationally over the DayStar, Inspirational, NRB and Church Channel networks. The television program provides commentary on national and international events from a Biblical perspective, showing that many of these events are signs of the times pointing to the soon return of Jesus.
The Ministry conducts meetings and seminars all over the country in all kinds of churches. The Ministry's seminars focus on Bible prophecy. The meetings cover either prophecy or spiritual renewal or a combination of the two.
Other forms of outreach include resources such as topical teaching videos, audio programs, books, multimedia training materials, a bi-monthly magazine called the Lamplighter, and the periodic Bible Prophecy Insights magazine. The magazines alway contain a featured article on some aspect of Bible prophecy.
Another form of outreach consists of pilgrimages to Israel which are conducted a few times a year by the ministry for educational and spiritual purposes.
read more...

In recent years the Lord has opened up many doors of opportunity for the Ministry to proclaim its message in foreign countries. Prophecy conferences and evangelistic crusades have been conducted in South Africa, Poland, Beloruss, the Ukraine, the Czech Republic, Hungary, Austria, Russia, England, India, the Philippines, Israel, Mexico and China.
Bibles and all types of study materials have been sent to churches and missions in countries all over the world. The Ministry's books about Bible prophecy have been translated into Russian, Hungarian, Czech, Polish, Hindi, Tagulu, Urdu, Spanish, and Chinese.
Particular attention has been given to aiding the Jewish refugees that God is regathering back to the land of Israel from the four corners of the earth. The Ministry has raised hundreds of thousands of dollars for the assistance of the refugees.
read more...

Lamb & Lion is a faith ministry. We do not charge fees for any of our services. Items such as the e-newsletter and electronic magazine are offered free of charge. Meetings and seminars are conducted on a love offering basis. The Lord knows our needs, and we rely upon Him to supply the finances needed for our operations.
The salaries of all staff members are determined by the Board of Trustees. Donations to the Ministry go for staff salaries, operations, and outreach — mainly outreach.
The Ministry operates on a cash basis and has been blessed to end every calendar year of its existence with all its bills paid.
The Ministry has no debts. Its buildings, property, and equipment are all paid for. A financial statement is produced monthly, and copies are available on request. All financial records are audited annually, and the audit reports are also available on request.
The Ministry is a member of the Evangelical Council for Financial Accountability. That means the Ministry operates according to the highest ethical principles with regard to both fund raising and the expenditure of funds.
read more...

The Ministry's headquarters is located on five acres of land in a rural area near Princeton, Texas, about 35 miles north of Dallas.
read more...

Posted by Love For His People ministry at 6:08 AM