Standing in the Storm by Tage and Dana Mathisen

Standing in the Storm

by Tage and Dana Mathisen 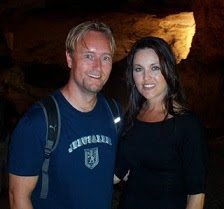 We have seen that when a heat and drought occur, the trees will dig their roots deeper and deeper to get to water. It is the same as with trees in areas with much high winds, they spread their roots widely and deep to stand in the storms.

As we now see a shaking in many nations, we as Christians are to go deeper in Christ than ever. God has a purpose for this. He wants us to embrace His Kingdom which is unshakable. All that is of the natural or temporal is being shaken. There is a huge transition going on which leads to confusion unless you are deeply grounded in Jesus as THE Way, THE Truth and THE Life!

The transition is leading from church age into Kingdom age. As Jesus preached and taught the Kingdom of His Father, He also demonstrated it in power and authority. God`s plan is to present a glorious and spotless bride to His Son. Today there is more essential than ever to yield to the Holy Spirit. Everything outside Christ Jesus will fall short. God will raise up His people in such a manner that governments and leaders of corporations and businesses will seek wise counsel from the sons and daughters of God.

I saw a line in the sand in a vision yesterday and it is clear that the choices we make today will be of huge impact in the days ahead. In that I have seen that much of what worked before will not work anymore. God is upgrading now, and it is all by His Spirit. In the transition now He is searching for a pure and willing heart.

As the people have demanded their kings like Saul, God is preparing His Davids. It is a preparation of the heart that happens when our heart is becoming one with the heart of the Father. It will be a oneness and unity between the Father and those who have His heart, not seen before. These vessels will only do what the Father is doing and speak what He is speaking. Many are in a preparation for this today. They do not follow the ways of man, but are led by His Spirit.

God is calling on us for upgrades! There will be a lot of upgrades in this transition for those who have ears to hear and eyes to see. There is also a release of His Spirit of excellence like what happened with Daniel. Much will be in apprehension of Christ in us and the revelation of who He is in us. There is a purging going on now that will sift the dross out of the gold.

God will give wisdom and revelation so amazing that when it is spoken it will be like a wonder. The oneness with the Father will be so tangible that when we speak, it will be created. We will call forth into existence what was not there. Wisdom will flow like a river of life in and through His people.
Unity with the Father will create a unity between His people that brings the body in alignment with Jesus (The Head). This will result in even greater works than Jesus did. As Moses face was shining of God`s glory, Christ in us will shine through us in a way that all people will recognize that we are one with Him. When we speak, our heavenly dialect will reveal that we belong and are one with Him. Just as Peters dialect revealed he had been with Jesus.

Stand in the Coming Storms!

The basics Jesus taught will be foundational in the time ahead. It will not only be words, but it will be our lives as testimonies. I see that our vision will be much more focused and the focal point will be of who Jesus is in us. More and more will come alive, as the revelation of that we are seated with Him in heavenly places is more real than what we see in the natural.

When God pours out His glory on earth, we have to be rooted strong in Christ and Him only, or else we will not be able to stand and minister. God wants His people to stand in the storms coming.
In a dream I had this night, I saw many people in a forest area. They seemed worried and anxious. Then in the dream I prepared a weapon, it was a spear. I knew there was a boar (hog) that was going to attack us. Suddenly the people sounded the alarm that the bore was attacking, and I was ready with the spear. It came straight towards me and I pointed the spear towards the boar as it attacked and it was killed.

Then all the people screamed out that a big bear was coming to attack and kill us. Everyone was terrified and screamed. Suddenly the big bear came straight towards me, then a person ran towards the bear and jumped up into the arms of the bear, as the person had no fear of this evil attacking us. My spear as I looked at it, was now bent on the tip in a 30 degree angle. I ran towards the bear and was able to spear it from many different angles while this other person was fighting it from the front. It was a team work and after about 20 hits by the spear, the bear was dead.
The Lord showed me that the boar is an unclean and deceiving attack of the enemy on the body of Christ. I sense strong in my spirit that the enemy wants to rob every follower of Jesus of their divine purpose and identity in Christ. This match was the easy one as it only took one hit with the spear and the enemy was out.
The second attack by the big bear is different. It is to those who choose to follow Jesus no matter what and in faith step against the whole system of the enemy. The bear is attacking in finances and blocking people and ministries to get in position. It is even hindering the birth of purposes. When the big bear attacks it tries to put a weight of fear in anxiety and unbelief that many will fall under.
The weapon as a spear is revealed to me to be our declarations made in the spirit out from the authority in Christ seated with Him in heavenly places. Arise by His Spirit into your rightful place with Christ in the heavenly places, far above any second heaven evil authority. The person attacking the bear is revealed to me to be angels of God who partner with us. When we declare the word and will of God by His Spirit the angels are assigned to fulfill those declarations. Even attacking and removing enemies.

Victory in His Blood

In Revelation 12:11 it says: And they overcame him by the blood of the Lamb and by the word of their testimony, and they did not love their lives to the death.
Proclaim victory in His blood and keep standing!
There is no greater foundation to stand on in this time than proclaiming the ultimate victory of His blood and His word. Even when we face great tribulation we will endure it with constant statement of the overcoming power of the blood of the Lamb and the word of the transforming faith in Christ. When Satan is attacking in a most vicious and personal way against us, we will stand. It is all because of a faith that is unwavering, resulting from an abiding relationship with Jesus Christ.
Declare your abiding faith in the accomplished work of the Cross, and constantly participate in Jesus` ultimate victory, overcoming Satan by the power of the Cross. God`s grace will empower you to step into this faith to overcome in Christ.
God bless every one of you as you read this. Grace, grace to any mountain that arise against you by the enemy. No weapon formed against you shall prosper.
Love and much grace.
Tage and Dana Mathisen
www.1soul1nation.blogspot.com 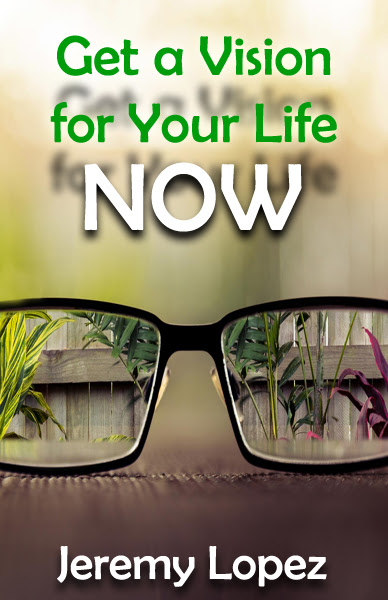 Sign up to receive our daily articles and receive
2 FREE MP3 Teaching Downloads
by Jeremy Lopez automatically
from Identity Network.
(New Subscribers Only Please)
*The Seeing Process of a Seer
*What Next God? Discouraged After Your Prophetic Word.
A $20.00 Value

Print Friendly
Posted by Love For His People ministry at 7:38 AM