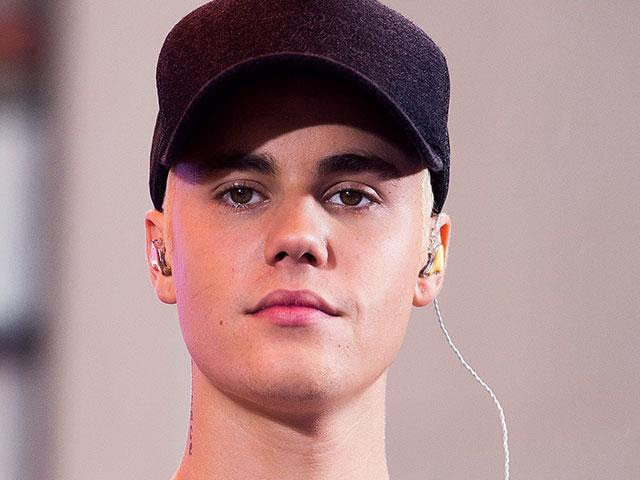 07-26-2017
CBN News Efrem Graham
Like so many, I have long admired the endless talents of Justin Bieber. I am a "Belieber." But these days, his every move sparks reactions from fans and critics alike.
The latest "Bieber Buzz" is about exactly why the pop star pulled the plug on the remaining 14 stops of his Purpose tour.
Bieber has been on tour for the last two years. And when a TMZ crew caught him near the beach in Santa Monica Monday, he said he was "just resting, getting some relaxation."
Justin Bieber Not Ashamed of His Savior, Tells 89 Million Followers:
'His name is JESUS!!'
'God Is Good in the Midst of Evil!'
Justin Bieber Ministers at Manchester Concert
He also told fans, "I love you guys. You guys are awesome. I am sorry for anybody who feels disappointed or betrayed. It's not my heart or anything. And have a blessed day."
Bieber says he needs rest. But that has not quieted the speculation about the many other possible reasons why he has ended the tour.
TMZ quotes sources connected to Hillsong Church who say Justin ended the world music run because he "rededicated his life to Christ."
A European media outlet even claims Bieber is trading the music business to start his own church. But a new TMZ video shows the paparazzi asking Bieber if he "cancelled the tour for religious reasons." Beiber says "No."
While I strongly doubt young Justin is looking to start a congregation of "Beliebers," I do believe his personal faith walk is a significant part of why he walked away from the tour. And the proof may just be on Twitter and Instagram.
MORE FROM CBN NEWS:
Katy Perry Says 'Grace of God'
Brought Her Through Suicidal Depression
Pop Star Selena Gomez Takes New Steps Toward God,
Sings with Hillsong
Many of Bieber's most recent social media posts display him hanging out with his popular pastors Carl Lentz from Hillsong New York and Judah Smith from City Church in Seattle.
We've also seen Justin Bieber rocking out at Hillsong Young and Free concerts.
He recently shared a post, declaring the Christian band's single "Falling Into You" as his favorite. Band member Melodie Wagner is the lead soloist on that song.
Reacting to Bieber's love for the band, Wagner told me, "I think it is really cool that someone as influential as him is making a stand for Jesus. And the fact that he is listening to worship music and he can use his platform to get the message out about Jesus and who he is and what he has done is just an honor."
We have seen signs of a changing Bieber for more than a year, as his Purpose tour traveled the world.
In a year-old interview with Complex Magazine, he said, "My faith has gotten me to where I am. My faith has brought me to a whole other level. I love talking about my faith."
"I just wanna honestly live like Jesus," he said. "Not be Jesus — I could never — I don't want that to come across weird. He created a pretty awesome template of how to love people and how to be gracious and kind."
Ending the tour may just be Bieber's latest way of following that "pretty awesome template." Like so many, I will be watching — and praying — for his next move.
While you are here...
We'd like to ask for your help. At CBN News, we strive to bring you the most current, pertinent and reliable news possible. We are able to bring you this important news from a Christian perspective because of the help of friends like you who know how vital it is to have an alternative to the news you hear from major media outlets.
Would you help ensure that we can continue to provide this important service to you and our country by considering a special gift today? Or would you become a monthly partner so we know we can count on the resources we need to bring you the best news possible?
Thanks for being a part of the dynamic future of CBN News, as well as helping The Christian Broadcasting Network share the love of Jesus with hurting people everywhere.
Become a PartnerGive a special gift
Posted by Love For His People ministry at 4:27 AM