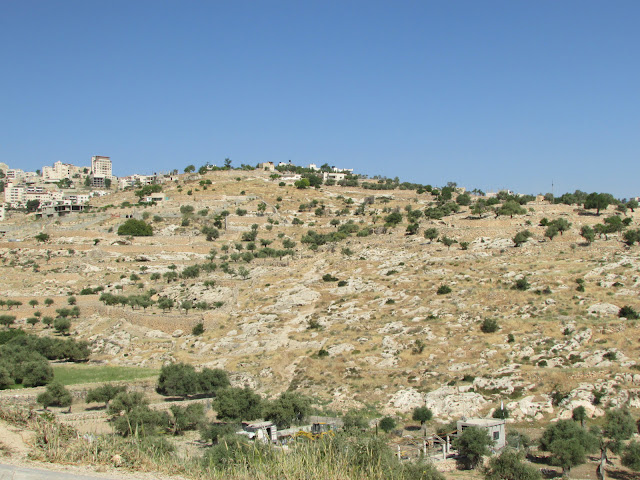 Photo added By Steve Martin, Love For His People - Bethlehem Hills - May 2017

"All that I have is a sharpened knife, and it is answering the call of al-Aksa." 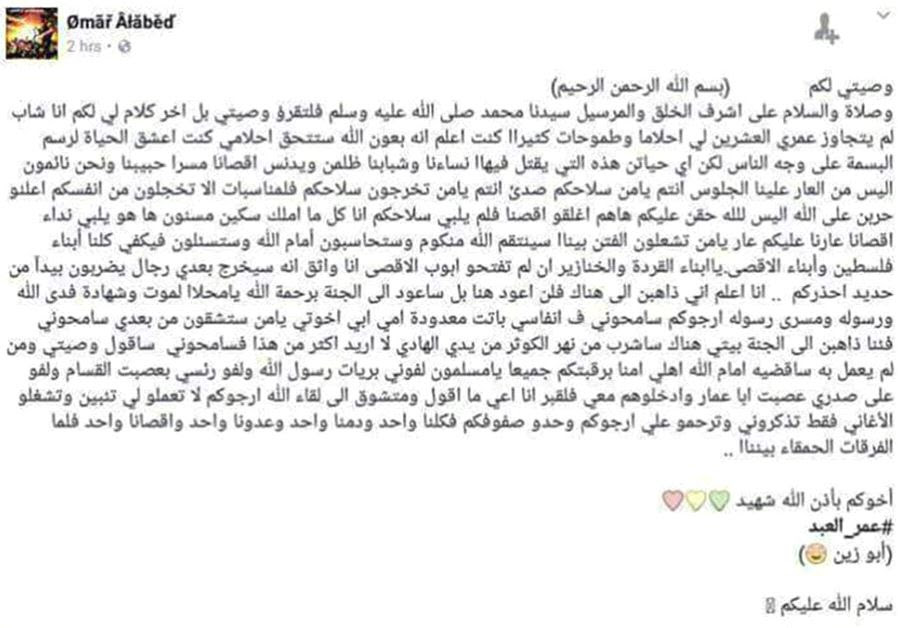 Less than two hours prior to the terror attack that claimed the lives of three Israeli citizens and seriously wounded one more, 19 year old Omar al Abed from the West Bank village of Khobar wrote what he presumed would be his final words on Facebook.

With these final sentences, and expecting to die, he walked the short distance from his village to the West Bank settlement of Halamish and stabbed four people in their home.

Be the first to know - Join our Facebook page.

"I am writing my last testament and these are my last words," wrote al Abed.

"I am young, not even twenty-years old, I had many dreams and many aspirations. But what life is this in which our women and our young are murdered without any justification? They are desecrating the al-Aksa mosque and we are sleeping, it's an embarrassment that we are idly sitting by.

More recommendations for you...


"You, those who have a gun and who are worn out, you who only bring out your gun at weddings and celebrations, are you not ashamed of yourselves? Why are you not declaring war for God? Here they are closing the al-Aksa mosque and your gun is silent.

"All that I have is a sharpened knife, and it is answering the call of al-Aksa. Shame on you, you who preach hatred. God will take revenge on you and will make it count. All of us are the sons of Palestine and the sons of al-Aksa. You, sons of monkeys and pigs, if you do not open the gates of al-Aksa, I am sure that men will follow me and will hit you with an iron fist, I am warning you."

Three of the victims died as a result of their wounds, and one was evacuated to Shaare Tzedek hospital. The assailant, Omar al Abed, was neutralized by the victims' neighbor.

A still photo of the scene of the attack shared by Israeli television showed a kitchen floor completely red with blood. The family had sat down to a traditional Friday evening meal when the attack occurred, according to Israel Radio.

Posted by Love For His People ministry at 7:34 AM