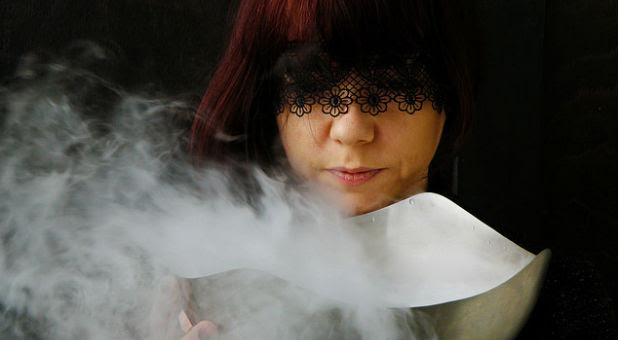 Jennifer LeClaire is now sharing her reflections and revelations through Walking in the Spirit. Listen at charismapodcastnetwork.com.
Every year about this time, I write about Jezebel's witchcrafts. I never would have dreamed I'd be writing about U.S. Air Force Academy chapel using tithes and offerings to blatantly support witchcraft.
Judicial Watch just issued a report that reveals the academy used its "Chapel Tithes and Offering Fund" to pay for cadets to participate in worship services marked by witchcraft, "Faery Magick" and voodoo. According to the watchdog group, records show the academy shelled out money to send cadets to a Wiccan festival and a Denver Witches Ball in 2014. A group called "Spiritual Programs in Religious Education" hosted the events at the Air Force Academy Cadet Chapel Falcon Circle on the Academy campus.
Chapel tithes and offerings were also used to pay for registration and meals for cadets attending the "Earth Centered Beltania festival," which is "a retreat and festival for all who follow Earth-honoring religion or spiritual path." At the festival, attendees are encouraged to "dance with ecstasy around the maypole," "drum with the heartbeat of Mother Earth" and "conjure Springtime within nature and yourself."
JOIN JENNIFER ON FACEBOOK FOR SPIRITUAL COMMENTARY AND ENCOURAGEMENT. CLICK HERE.
According to the Spiritual Programs in Religious Education brochure, the organization encourages festival participants to engage in "Earth Centered paths," including: Wicca, witchcraft, Faery Magick, Druidism, heathenism, Native American traditions, Voodoo, African Orishas and Goddess Spirituality. I don't have room in this article to offer in-depth definitions of all these practices, but it boils down to witchcraft. All this happened at the same time the Air Force started allowing airmen to omit "so help me God" from establishment oaths.
"The Air Force Academy leadership is attacking traditional Christian beliefs but will fund witchcraft and 'faery magick'?" says Judicial Watch President Tom Fitton. "These records show the misplaced priorities in the Air Force and why traditional Christians increasingly feel unwelcome in the Air Force Academy."
But it goes deeper than that. Our government—one nation under God—is not only embracing witchcraft in its many expressions, but it's also funding it. America is indeed a melting pot of many nations and religions. The right to freedom of religion must be protected. But to use tithes and offerings to fund witchcraft parties while removing God from the oath of service is a shocking picture of where our nation really stands.
Thank God there is a remnant of praying people. Thank God there are at more than 7,000 who have not dropped a knee to Baal (1 Kings 19:18). Thank God that witchcraft must bow at the name of Jesus (Rom. 14:11). Thank God He is coming back for a glorious bride without spot or wrinkle or any other blemish, holy and blameless (Eph. 5:27). Thank God, He is not done with America.
Clearly, there are anti-Christ agendas gaining rapid ground with dark strategies to push back the light of Christ in our nation. So while I'm disgusted that the government is using tithes and offerings to support witchcraft, I'm also encouraged because I believe John 1:1-5:
"In the beginning was the Word, and the Word was with God, and the Word was God. He was in the beginning with God. All things were created through Him, and without Him nothing was created that was created. In Him was life, and the life was the light of mankind. The light shines in darkness, but the darkness has not overcome it."
Check out my latest book: Jezebel's Puppets.

Jennifer LeClaire is senior editor of Charisma. She is also director of Awakening House of Prayer in Fort Lauderdale, Florida, co-founder of awakeningtv.com, on the leadership team of the New Breed Revival Network and author of several books, including The Next Great Move of God: An Appeal to Heaven for Spiritual Awakening;Mornings With the Holy Spirit, Listening Daily to the Still, Small Voice of God; The Making of a Prophet and Satan's Deadly Trio: Defeating the Deceptions of Jezebel, Religion and Witchcraft. You can visit her website here. You can also join Jennifer onFacebook or follow her on Twitter. Jennifer's Periscope handle is @propheticbooks.
For a limited time, we are extending our celebration of the 40th anniversary of Charisma. As a special offer, you can get 40 issues of Charisma magazine for only $40!
NEW from CHARISMA: Do you want to encounter the Holy Spirit and hear God speak to you? Increase your faith, discover freedom, and draw near to God! Click Here
Did you enjoy this blog? Click here to receive it by email.
Did you like this article? You'll enjoy Jennifer LeClaire's book, The Next Great Move of God: An Appeal to Heaven for Spiritual Awakening
Posted by Love For His People ministry at 7:33 AM