No matter which party winds up controlling the House and Senate after next Tuesday's elections, we will hear the usual calls for bipartisan cooperation.

Many Democratic candidates are running in hyper-drive trying to distance themselves from President Barack Obama.

One area in which they could find some common ground with Republicans is to oppose the increasingly dangerous penchant of the White House and State Department to attack Israel, a country that is already under greater siege because of failed U.S. behavior in the Middle East.

In the past few months, Israel has withstood the terrorist kidnapping and murder of three teenagers, a rocket barrage from Gaza that triggers seek-shelter sirens for some two million Israelis, an incursion to stop those rocket attacks, the murder of an 8-month old American-Israeli baby who was hurled into the air when a terrorist driver plowed into a crowd at a Jerusalem train stop (as well as a tribute to that terrorist by members of Palestinian Chairman Mahmoud Abbas's Fatah party), and now the apparently nationalist shooting of an Orthodox Jewish figure on the streets of the Israeli capital.

And all of that happened as ISIS pursues its bloody quest to build a caliphate, Syria's regime kills hundreds of thousands of its own citizens and forces millions to flee, and Iran spins its centrifuges to build the nuclear bombs it craves, while the West yawns.

The administration's response: it allowed a "senior advisor" to tell The Atlantic's Jeffrey Goldberg that Israeli Prime Minister Benjamin Netanyahu is a "chickens***t" and a coward for not striking Iran and for not pursuing U.S. demands for further negotiations now with Abbas and other Sunni leaders.

More significantly, that advisor also seemed to welcome Iran's nuclear progress, while the U.S. foreign policy apparatus bears down on Israel for building apartments in Jewish neighborhoods in Jerusalem.

When asked by a reporter, "Is the administration trying to figure out who made those inappropriate and counter-productive comments," a State Department spokesperson, showing disdain for the subject, answered, "There are anonymous sources in all of your stories every single day. If we spent all of our time focused on that effort, we wouldn't be working on diplomacy."

Nearly 24 hours later, her boss, Secretary of State John Kerry, finally called the remarks "disgraceful, unacceptable and damaging," and said they did not reflect his views or those of the White House.

Earlier this year, Israeli Defense Minister Moshe Ya'alon was forced to apologize for calling Kerry "obsessive" and "messianic"--not in a public interview, but in a private conversation. Ya'alon believed Kerry's plan for Israeli territorial concessions to the Palestinians would severely compromise Israel's security.

This past week, the administration refused to set up meetings for Ya'alon with Kerry and Vice President Joe Biden while the minister was in the United States.

If the White House and Foggy Bottom aren't held to account for their practice of benign neglect of the world's most dangerous regimes at the expense of Israel, this nation and all of its allies can expect to pay a much steeper price in chaos and disruption.

A few House and Senate Democrats, along with Republicans, have shown courage in raising questions about blanket U.S. funding of Palestinian and U.N. projects that almost certainly have terrorist connections, and about insisting on guarantees that the Obama team allow Congress to have a say in any nuclear deal with Iran.

They would do well to sound the alarm. It is virtually certain that what is happening in Tehran, Jerusalem, and Washington will move quickly up the priority list on the national agenda--and perhaps soon.

At that time, the question of whether our leaders can discern between friend and adversary could become a matter of life and death for many people.
Source: CBN News

NOTE from Love For His People: We are outraged that the highest representatives in our USA government continue to treat our friends in Israel with such disrespect. They do not represent the vast majority of Americans anymore. Forgive us Lord God of Israel.
Steve Martin
President
Love For His People, Inc. 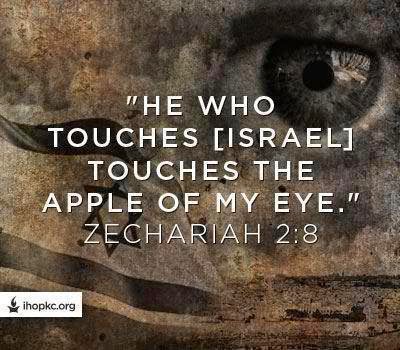 Posted by Love For His People ministry at 7:46 AM