“Lying lips are an abomination to the LORD; but they that deal truly are His delight.” (Proverbs 12:22)

On the surface, it looks like Pope Francis and the Jews are cozying up to one another and becoming besties. Below the surface, an End of Days prophecy that pits Rome against Jerusalem is playing out.
That’s the contention of Rabbi Tovia Singer, a Jewish expert in both Hebrew and Christian Scripture and director of the counter-missionary organization, Outreach Judaism. Singer opens his case by noting the proximity of two recent news items.
Orthodox Rabbis Hold Out An Olive Branch
On December 3, 2015, the Center for Jewish Christian Understanding and Cooperation (CJCUC) issued a statement calling for increased cooperation between Jews and Christians. Rabbi Dr. Eugene Korn, Academic Director of CJCUC told Breaking Israel News, “The statement was addressed to the Jewish community primarily, and secondarily to the Christian community.
“Most of our statement referred to the developments in the Catholic Church (e.g. Nostra Aetate) but it also applies to all Christians and churches who are not actively converting Jews and acknowledge that the biblical covenant between God and the Jewish people is still a valid living covenant.”
Nostra Aetate, passed in 1965, is a declaration by the Catholic Church that the Jewish people of today are not responsible for the death of Jesus. The statement also condemns any expression of anti-Semitism and confirms that “God holds the Jews most dear.”
Korn further commented to Breaking Israel News, “Our statement was not coordinated with the Vatican or the Pope’s request in any explicit way. As Orthodox rabbis, we felt that after 50 years there was a need to express our position on the positive changes brought about by Nostra Aetate and the Church’s affirmation of the validity of the special covenantal relationship between God and the Jewish people, which is the foundation of Judaism.”
Vatican Tells Catholics to Stop Trying to Convert Jews
Just one week later, on December 10, 2015, the Vatican called on Catholics to stop missionizing Jews.
In an extended interview with Breaking Israel News, Singer explained that, while that gesture looked to many like the next stage of friendship between the Jewish people and the Catholic Church, the Vatican’s statement is essentially meaningless since “Roman Catholics haven’t evangelized Jews in 75 years.”
Singer acknowledged that the evangelical Christians who oppose the Vatican’s statement are theologically correct when they claim that Pope Francis is presenting a distorted view of a central Christian teaching. “The New Testament clearly tells that Jews are the primary audience [for conversion],” he told Breaking Israel News.

These two events – the peaceful statement of more than 50 Orthodox rabbis toward Catholicism and the Pope’s command to stop converting Jews – look to many like rapprochement. However, according to Singer, there’s a third, darker element that has been overlooked by most. This third element, which has prophetic implications, tells the real story of the Catholic Church’s agenda toward Israel.
Pope Makes Friends With Abbas
In May 2015, the Pope drew the Roman Catholic Church closer to the Palestinian Authority when he called PA President Mahmoud Abbas a man of faith and an angel of peace. A month later, in June 2015, the Vatican signed a treaty recognizing the State of Palestine.
Although the modern state of Israel was established in 1948, diplomatic relations between Israel and the Vatican were not established until 1993, 43 years after the founding of the State. Yet the Vatican has already recognized the State of Palestine, despite the fact that no such entity exists.
The Prophecy
According to Singer, the Pope recognizing the PA points to an End of Days prophecy that speaks of Edom (Rome) coming up against Jerusalem. The Jewish people’s conflict with Edom is discussed in the Book of Daniel (2:31-35) which speaks of four exiles of the Jewish people. Until the arrival of the Messiah, the Jewish people, even those who live in Israel, are still in the fourth exile, known as Galut Edom (the Exile of Rome)
The Exile of Rome began when the Romans destroyed the Second Temple in the year 70 CE, and continues until today. It will only end in the Messianic days, when the Third Temple is built. The Book of Obadiah includes a prophecy that, at the End of Days, Edom (Rome) will attempt to come up against Jerusalem a second time.

The vision of Obadiah. Thus saith the Lord GOD concerning Edom: We have heard a message from the LORD, and an ambassador is sent among the nations: ‘Arise ye, and let us rise up against her in battle.’  (Obadiah 1:1)

According to Singer, the surest way for Edom to “rise up against Jerusalem” and destroy Israel is to strengthen her enemy. Thus, the Pope’s friendship with Abbas and his efforts to embolden the PA is the real story, the true fulfillment of the prophecy of Obadiah.
Singer urged that the world not be fooled by signs that the Pope and the Jews are warming up to one another. The Catholic Church’s true agenda, to fight against Jerusalem, as Obadiah prophesied, is being revealed by the Church’s recognition of the non-existent State of Palestine.

LOVE FOR HIS PEOPLE FEATURED BOOK 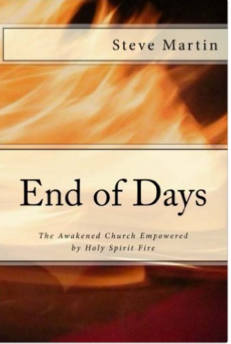 
My heart yearns for the glory of the Lord Jesus to be revealed in the earth, touching the hearts and souls of men, women and children in each and every nation. As we see the days become darker, we believe that the Lord God of Israel will show Himself strong, and prove that He is the Way, the Truth and the Life, as He says He is.

I wrote this book for you who also long to walk in strong faith, courage and commitment to the end, for whatever the Lord has planned and purposed for you and I. Together, as the Body of Christ, and the glorious Bride that we will become, we will one day see His Kingdom come, His will be done, on earth as it is in heaven. The Gospel, the Good News of salvation, will be declared, and that which is just and good will for all eternity overcome the evil one.
I sincerely believe we are living in the end of days, as prophetic words have been rapidly fulfilled since the re-birth of Israel in 1948. Jesus Himself had said that when we see the fig tree budding, we know that the time is near.
This book, my 10th published in the last three years (all between 2013-2015) and before my 61st birthday, is very special to me. I sense it is something the Lord put on my heart to do several months ago, giving it that “urgency of getting it done and out there” feel as I wrote. Originally these chapters were Now Think On This messages. It was amazing to me how many were done in September and October of 2015 alone, as the Holy Spirit would speak a word or sentence to me, and I would write soon after. I am truly grateful for His impartation, and acknowledge Jesus (Yeshua), my Lord and Savior, above all.
The photos I have included in the book are primarily ones I took (exceptions noted), both to document history and to share another way the Lord also speaks to His Body. Capturing moments of the Holy Spirit action, especially in the two “fire” photos, were exciting. In both cases I wasn’t even aware of it until they were “developed”.
I trust this book will both encourage you and cause you to re-commit yourself - to know the Lord’s will for your life, do all you can to allow Him to direct your steps, and be the light in these dark days we desperately need and have been called upon by the Lord to be. I am with you, arm in arm! Ahava (love in Hebrew) and shalom (peace),

Posted by Love For His People ministry at 1:08 PM