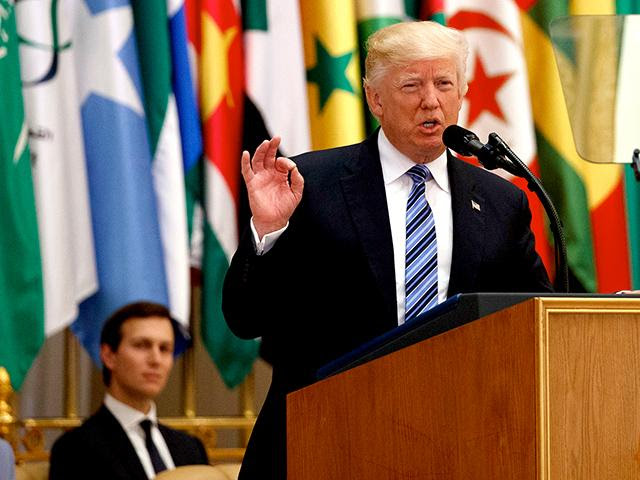 06-26-2017
CBN News Amber C. Strong
WASHINGTON -- For the first time in nearly two decades, the White House has decided to skip hosting the annual Eid al-Fitr dinner celebrating the end of Ramadan. The dinner began under the Clinton administration and continued through the Obama years.
Instead, President Donald Trump issued a statement wishing warm greetings to Muslims.
“Muslims in the United States joined those around the world during the holy month of Ramadan to focus on acts of faith and charity.  Now, as they commemorate Eid with family and friends, they carry on the tradition of helping neighbors and breaking bread with people from all walks of life,” the statement read in part.
Ramadan is considered the Muslim holy month, marked by prayer and fasting. Eid al-Fitr is the “break” to that fast.
As CBN News first reported in May, the State Department also rejected an offer to host a Ramadan dinner.
A State Department spokesperson told CBN News, “U.S. ambassadors are encouraged to celebrate Ramadan through a variety of activities, which are held annually at missions around the world.”
When CBN asked if the White House would follow suit, we were directed to an earlier statement the president released about Ramadan.
In that statement, President Trump gave his “best wishes for a blessed month.”
He also pointed out the spirit of the holiday saying, “The spirit of Ramadan strengthens awareness of our shared obligation to reject violence, to pursue peace, and to give to those in need who are suffering from poverty or conflict.”
While you are here...
We'd like to ask for your help. At CBN News, we strive to bring you the most current, pertinent and reliable news possible. We are able to bring you this important news from a Christian perspective because of the help of friends like you who know how vital it is to have an alternative to the news you hear from major media outlets.
Would you help ensure that we can continue to provide this important service to you and our country by considering a special gift today? Or would you become a monthly partner so we know we can count on the resources we need to bring you the best news possible?
Thanks for being a part of the dynamic future of CBN News, as well as helping The Christian Broadcasting Network share the love of Jesus with hurting people everywhere.
Donate to CBN
Posted by Love For His People ministry at 6:45 AM