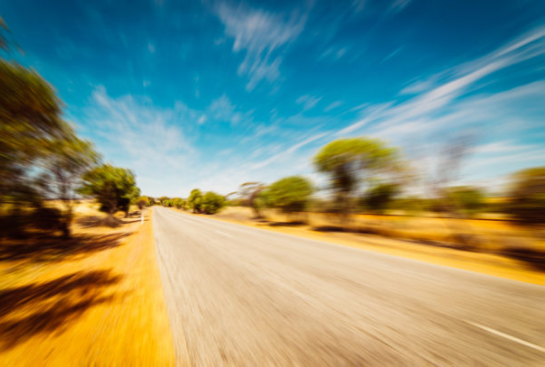 Prophetic Dream: The Key to Overcoming Sin is His Presence

Ron Cantor —  June 24, 2017
Iwas lying down, just resting and suddenly I had vision or a dream or maybe drevision. I was walking along Israel’s main highway between Jerusalem and Tel Aviv with someone whom I did not know. He told me that the newest lane, the outside lane—actually the shoulder—would soon fall into the ground because of sinkholes or erosion of the land. I was walking as far outside as one could get while still being on the shoulder. I felt a pull, like a magnetic force, pulling me off the road and into the brown grass.
Then I realized it was a vision.

The road is our life. The area off the road—dead grass—is sin, temptation, addiction, etc. If the road was going to fall into the ground on the side, why was I walking there? I should, at least, have moved to the other side of my companion, if not hugged the center of the highway.
The warning and encouragement is to not walk too close to the flame, lest you get burned. Or as Solomon rhetorically asked, “Can a man scoop fire into his lap without burning his clothes?” (Prov. 6:27) The words the Lord spoke to Cain come to mind:

The key to ruling over sin is not merely resisting. Notice I said merely. Yes, resisting sin is part of it. James does tell us to resist the devil and he will flee. (James 4:7) (Ironically the same chapter and verse as the Genesis passage.) However, resisting is not enough.

If sin is represented by the area off the road, then the opposite of sin must be in the center of the road. Yeshua lives in the center. His presence is in the center. The key to overcoming sin or “ruling over” sin is spending time with Yeshua. There is no sin in His presence. There is life, love, forgiveness, joy unspeakable and a peace that passes all understanding. It is hard to give into temptation, much less sin, when we are in His presence.
I once remarked to a repentance preacher, “Holiness is not the absence of sin, but the presence of God.” The key to overcoming lust is not found in human effort, but in our desire for God. When we are hungry for God, we will not be hungry for sin.

How ‘Bout Them Apples

I remember when I started eating healthy. For snacks, instead of cake or a candy bar, I was told to eat an apple. I rarely ate fruit. I didn’t want an apple. But amazingly, after a few days of eating apples, I began to crave apples. In the same way, if you give yourself to seeking God, hungering after Him, you will find your appetite for sin decreases and your need for His presence increases.

And when we overcome sin, we can expect His presence. Many have taught about how Yeshua overcame temptation in Matthew 4—three times Yeshua fights off the enemy—but I have rarely heard anyone comment on what happened next. After He resists the enemy, something special takes place: “Then the devil left him, and angels came and attended him.” (Matt. 4:11)
When we overcome sin, we can expect angels to come and minister to us. You can be sure of this: God loves you and wants to help you in your struggle. It starts with strengthening that relationship with Him. Build up a hunger for healthy God and don’t give in to destructive sin. And though you can’t see them, angels are ministering to you.
We have to stop walking so close to the edge and get closer to Yeshua. When someone asks, “What is the least I can do and still get into heaven,” they are missing the point. That is like having 50-yardline seats at the Super Bowl, but hiding in the bathroom. Yes, you are there, but you are missing the best part. God is fun. God is joy. God is victory and life and love.

In the World, not Of the World

“But if I separate myself from the world to be with Yeshua, what good will I be?” Good question. Walking far from the edge doesn’t mean that we don’t have contact with sinners. Hello. Look at Yeshua. He walked so close to the Father—to the point that He said that He could only do what He sees His Father doing (Jn. 5:19)—and yet, He spent His time with prostitutes and tax collectors.
You can walk far from the edge and yet be right in the midst of those who need Yeshua. In fact, that is where we are to live. Just as Yeshua intimated—we are to be in the world, but not of the world.

God is doing an amazing work at Tiferet Yeshua in Tel Aviv—a Hebrew-speaking congregation dedicated to reaching Israelis with Yeshua’s message. We are hungrier than ever before for a move of God. Stand with us in prayer and support as we share the bread of life to our people here in Israel.

Click here: Donate to Tiferet Yeshua in Tel Aviv, Israel
Posted by Love For His People ministry at 4:00 PM