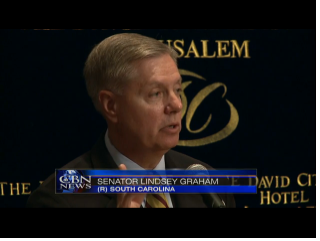 At a press conference in Jerusalem Sunday evening, they said a nuclear Iran is the greatest possible Mideast danger. They believe the American people would support a U.S. military strike to stop the Islamic Republic from getting nuclear weapons. 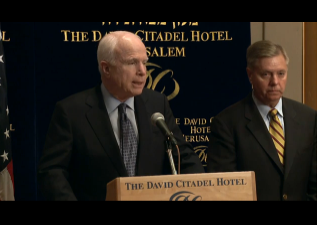 "Most Americans believe that radical Islam is a threat to the American way of life," he continued. "So I think a case can be made. It just has to be made. We're war weary but we're not tired of being free."

Both McCain and Graham say Iran's recent election of a new president will not change Iran's nuclear ambitions.
Posted by Love For His People ministry at 7:33 AM