Deep calls to deep...open the heavens.

I played a song in the car by Carolyn Hyde from Tiberias, Israel called Deep Calls To Deep, title song of her latest CD.

Listen particularly to the ending, where she sings, "Open the heavens..." as the camera pans upward to the sky.

Where is your highway leading you? 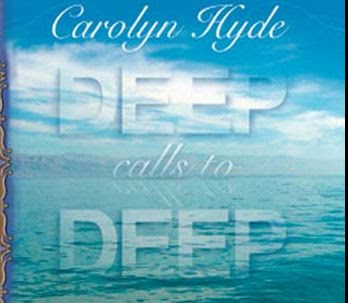 You can buy this CD and her others at:
Heart of God Ministries website

The Arthur Ravenel Jr. Bridge, also known as the New Cooper River Bridge, is a cable-stayed bridge over the Cooper River in South Carolina, connecting downtown Charleston to Mount Pleasant. The eight lane bridge satisfied the capacity of U.S. Route 17 when it opened in 2005 to replace two obsolete cantilever truss bridges. The bridge has a main span of 1,546 feet (471 m), the third longest among cable-stayed bridges in the Western Hemisphere. It was built using the design-build method and was designed by Parsons Brinckerhoff.