The Value of Speaking in Tongues - Jim Croft 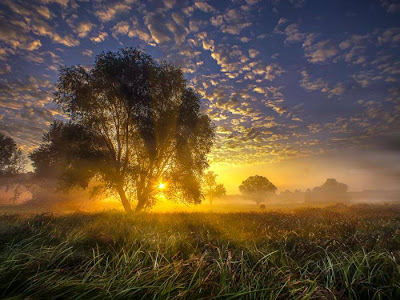 The difference between the two is the source of the words spoken. Birth language vocabulary is acquired by learning and is stored in the frontal lobe of the brain responsible for speech. Unknown tongues vocabulary is not acquired by parental exposure and education.

Words spoken in tongues might momentarily register in the brain, but the brain’s speech center is not the origin. The source is the Holy Spirit within a Christian’s personal spirit. The words are spontaneously formulated in the human spirit which is separate and distinctive from the brain.

The language spoken is determined by the Holy Spirit and can be that of men or angels. (1Cor13:1) Known languages are recognizable. Dead dialects and the languages of angels might sound somewhat like nonsensical gibberish even though they are not.

For illustration, I’ll use a word that I occasionally hear as others speak in tongues. It sounds like she-bah-bah and is often repeated again and again. The nuances of pronunciation and voice inflection of a word in given language can have numerous of definitions.

Depending on tone, three repetitions of she-bah-bah could easily have 3 different meanings. The Lord is coming; the Lord is near; and the Lord is here.

What is happening in the brain when people pray in the Holy Spirit is described in 1Cor 14:14. It says their understanding is unfruitful. A good alternate interpretation is that the brain is out of gear when a person speaks, prays or sings in tongues. This reality has been confirmed by scientific research.

A team from the University of PA conducted a study of the effects of religious activity on the brain. A special solution was injected to enable blood flow to various sectors of the brain to be tracked. When subjects prayed in English, blood flow intensified in the frontal lobe of the brain responsible for speech.

When the same individuals spoke, prayed or sang in unknown languages, there was not any increase of blood flow to the brain’s speech center. The scientists had 2 conclusions: The words spoken in tongues are not generated from any known sector of the brain. And, that unknown tongues possibly originate from a non-human source as claimed by tongues speakers.

For the study go to - http://www.youtube.com/watch?v=NZbQBajYnEc&sns=em

There were statements made by the physician interviewed on the clip and by believers participating in the study that aren’t accurate from biblical and experiential standpoints. The scientist and the narrator insinuated that tongues aren’t intelligible language. In reference to speaking in unknown tongues, the Bible mentions the tongues of angels and men. The implication is that instances of utterances can feature either and perhaps even both.Study spokesmen described tongues as sounding like gibberish.

I’ve spoken and have prayed in with my spirit for decades and haven’t ever heard myself saying anything that didn’t have the sound of distinct language. In addition, I have two personal friends who came to salvation by hearing believers speaking in unknown tongues in prayer services. The speakers, who had no familiarity with my friends or their native language, were heard asking God to forgive my friends of their respective secret sins.

One of the participants in the study inferred that she wasn’t in control during episodes of praying in tongues. She then began to dance about giving the impression that a certain emotional ecstatic state had to be achieved before speaking in tongues could be activated. Her belief is similar to that of a few Pentecostal denominations. It declares that one cannot speak in tongues unless “moved” by the Spirit.

This doctrinal position contradicts the teaching of 1Cor 14 that clearly defines the use of praying and speaking in tongues at the desecration of individual believers. My experience with speaking in unknown tongues is that it is a gift and not an emotional state. For me, the exercise of the gift of unknown languages is a decision. I have observed the same with believers in scores of nations. 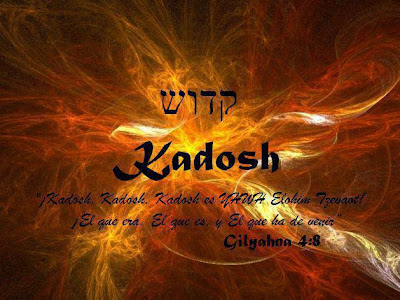 Value of Speaking in Tongues

1. Tongues are one of God’s signs to a believer and to others that he/she has been divinely acknowledged as a child of God. It is indicative of repentance and that one’s heart has been purified by faith. (Acts 11:15-18; 15:7-9)

2. Hebrews 6:4-5 speaks of believers receiving the heavenly gift that is the foretaste of the powers of the age to come. It is interesting to note that the physical organ with which we taste is located in the mouth. It is the human tongue. Each time we speak in tongues, our mouths taste and pour forth samplings of the powers of
the world to come.

3. Faith is a spiritual substance that can weaken and can be intensified in strength. Praying in the Spirit builds up our reserves of faith. (Heb 11:1; Jude 1:20)

4. As a believer prays in the Spirit, he is edifying himself. Speaking in tongues charges one’s spiritual battery to compensate for life events that drain spiritual, emotional and physical energies. (1 Cor 14:4)

5. While we pray in the Spirit, we are praying about issues that are mysteries to us as we don’t understand what we are praying about. The topics of those utterances are no mystery to God. It is the Holy Spirit praying from within our personal spirits about matters that would never occur to us.

It could be for some future need we have yet to experience. Or, it could be intercession for a believer in crisis whom we might not meet this side of heaven. At crucial times, I’m always comforted to know that believers near and yon are unwittingly interceding for me as they pray in the Spirit. (1 Cor 14:2; Rom 8:26-27)

6. The Bible admonishes us to pray without ceasing and not to quench the Holy Spirit. The only way to pray without ceasing is to pray in tongues. When we do so, it is our spirits that are praying and our minds are free to engage in the matters at hand. I can read a book and can fully comprehend what I’m reading while praying in tongues at the same time. (1 Thes 5:16-19; 1 Cor 14:14)

7. Praying in tongues is a method of giving thanks to God in a manner superior to our own capabilities. (1 Cor 14:16-17)

8. When we speak in tongues during a public gathering the Holy Spirit can give the interpretation. When this happens, the interpretation serves the same purpose as prophecy in that it edifies those present. (1 Cor 14:5)

Occasionally, God gives me the interpretation of what I’m praying about in tongues. In one situation, I was
concerned about my future. The interpretation was, “You’ve never been one who prospered by being in great demand. You’ve prospered by willing obedience to me to be strategically placed in people’s lives time and time again. In the future you will experience greater prosperity as I strategically place you time and time again.” God has been faithful to that prophetic interpretation.

I will close with one of my interpretations of 1 Cor 14:39-40 – Don’t forget to pray often in unknown tongues. Let it be done in an appropriate setting, but make sure it gets done.


Be blessed and be a blessing,
Jim Croft

(Note: Pictures included with this article were added by this editor. Steve Martin)

Posted by Love For His People ministry at 10:05 PM