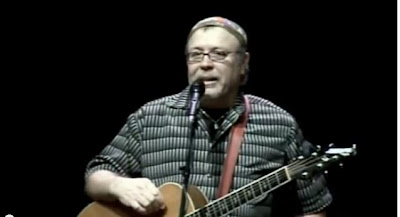 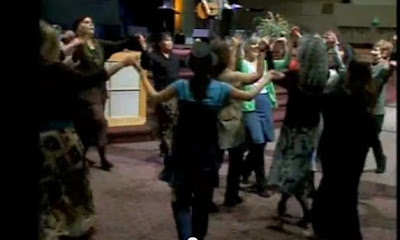 Ted Pearce is a singer/songwriter/guitarist who has been a worship leader since coming to faith while driving south on a stormy Dallas night in January 1990. He has a testimony of salvation by grace through faith with a sound that borrows heavily from artists like Joel Chernoff & Lamb, Paul Wilbur & Israel's Hope, Kol Simcha, Marty Goetz, Karen Davis, Jonathan Settel, Barry & Batya Segal, Liberated Wailing Wall and others who began creating a unique song of Jewish praise to Yeshua in America during the 1970s.


Ted first released a couple of Christian rock albums in the late 90s featuring bluesy Texas rock'n'roll in his bands the Nomadic Farmers & Big Methuselah. Then, reflecting the shift in his passion for a decidedly Jewish Messiah, Ted traveled to Israel in May 2001 to release a 12" vinyl record of "Kineti/Zealous Over Zion" at the Underground Club in Jerusalem. These dance singles were included in a CD entitled "Letter to the Hebrews" during Shavuot. A year later those songs were remixed and new ones produced by the legendary Jerry Marcellino and Bill Cuomo as Ted began working with Galilee of the Nations Records.

Sue & Brian Samuel • Promises • May 2011
Ted was honored to be asked to produce Sue Samuel's third album, Promises, and he contributed to this album's studio arrangements

Ted Pearce• emergency • November 2011
Ted's first studio release from Moshav Records
All of these projects are currently being distributed internationally through Provident/Integrity/Sony and are available on iTunes.

But we hope you will consider purchasing these projects in our webstore.

Since 2006, Ted has been working closely with TOS Ministries, Intl. and Pastor Jobst Bittner from Tubingen, Germany on a series of reconciliation prayer walks known as the March of Life in various nations of Europe and the March of Remembrance, a Holocaust Memorial prayer walk in the United States of America.

For more information about this international prayer movement checkout the websites at:MarchOfLife.org and MarchofRemembrance.org
Posted by Love For His People ministry at 8:54 PM